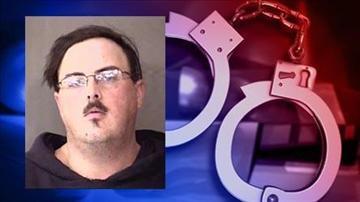 Franklin "Frankie" Lewis Engle, 33, was taken into custody Thursday on two preliminary charges of sexual misconduct with a juvenile under the age of 15 after a two-month long investigation. Officials believe he made the acts during the spring of 2012.

Engle is currently being held on a $20,000 bond at the Kosciusko County Jail. The investigation is still ongoing.