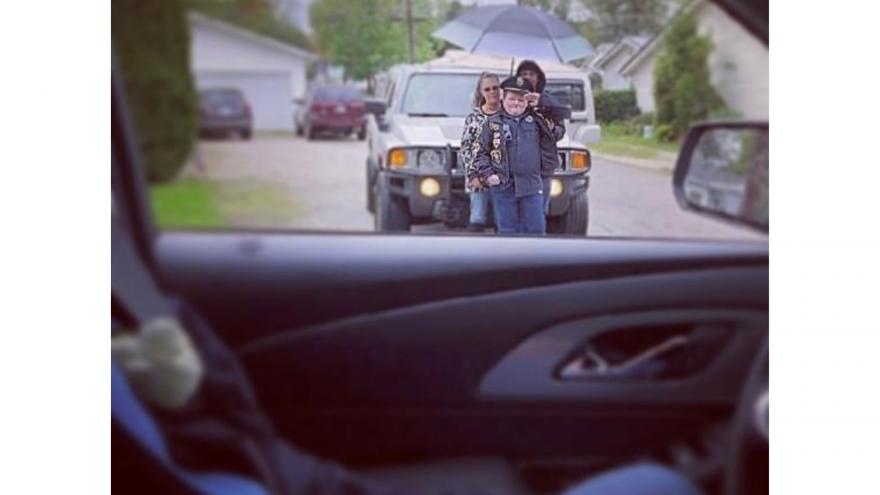 WARSAW, Ind. – The Warsaw Police Department is mourning the loss of an honorary police officer who passed away on January 7.

Drake Price passed away unexpectedly at his home.

The department released a statement, saying:

“Our hope and prayers are that Officer Drake knew what a joy and inspiration he had become for all of us.  He was a courageous young man who fought valiantly throughout his brain tumor diagnosis.

It is our hope the Price family finds comfort in the light Drake became for our community.  He was a true spark of positivity.  The Warsaw Police Department will forever be #DRAKESTRONG!”

On October 25, 2021, the police department laid to rest Captain Clay A. Layne, who died unexpectedly. When turning into the cemetery, officers saw Drake standing at attention, wearing his uniform shirt and dress hat and saluting Captain Layne and the rest of the officers.

A viewing for Price will be held on January 11 from 2 to 8 p.m. at Titus Funeral Home located at 2000 East Sheridan St. in Warsaw.

The funeral will be held on January 12 at 10 a.m. at Warsaw Community Church, located at 1855 South County Farm Rd. in Warsaw.