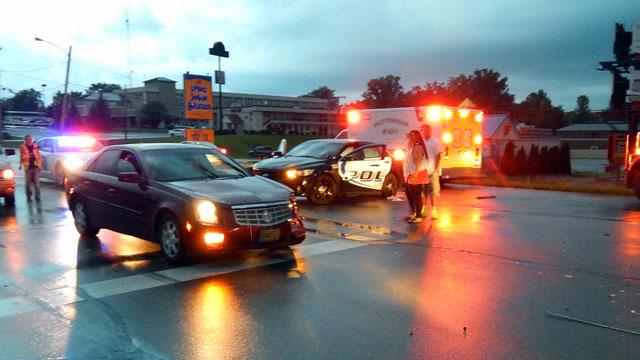 Indiana State Police are investigating an accident that happened Monday night at East Center Street and Eastlake Drive in Warsaw around 9 p.m. A Warsaw Police officer was injured in the crash.

Witnesses told police the driver of a Cadillac, Patricia Hammons, ran a red light and struck the patrol vehicle in the middle of the intersection.

The crash caused the air bags to deploy in the police car.

The officer, Sergeant Clay Layne, was on normal patrol duty at the time.

Layne was transported to Lutheran Hospital in Ft. Wayne for neck pain and later released.

Hammons was not injured.