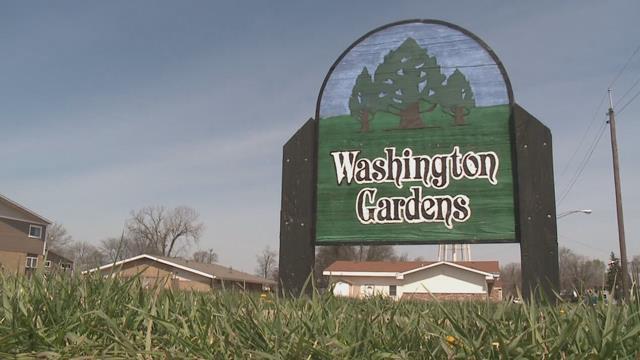 Earlier this year residents told us they were fed up with the dangerous crimes occurring in the area.

According to our reporting partners at the Elkhart Truth, from January of 2014 to September of 2015 the complex saw eleven shootings resulting in death or injury.

Resident of six years, April Goodwin, told us it had gotten so bad she was too afraid to sit in her living room.

Four months later, she says things have gotten much better.

“I feel a lot more safe than I did back in April, yes. I can actually sit downstairs and not have to worry about the fighting and the gunshots,” said Goodwin.

The police reports back up Goodwin's statements.

The Elkhart Police Departments says Washington Gardens has had one homicide, one shooting and one report of gunfire with property damage in 2016.

Many residents voiced their concerns in April at a Housing Authority meeting.

Police responded by providing extra patrols and assigned a lieutenant to Washington Gardens.

The Housing Authority offered a tip line and passed out surveys, which resulted in the evictions of tenants who were causing trouble.

They also secured a grant to install security cameras, which will be installed by the end of the year.

Housing Authority Commissioner Jason Moreno says the information from residents has been critical.

“To have such an impactful, positive, community interest in what’s going on here has been remarkable and nothing like I’ve ever seen before,” said Moreno.

Moreno says efforts from community activists have also made a big impact.

Rene Echartea is helping to organize an event at the Tolson Center August 6th.

While he doesn’t live in the complex, he says it’s important to support his community.

“This is my city. This is where I was born at. This is my home and I want to take care of my home. With enough people you can bring a negative experience into a positive outcome,” said Enchartea.

The free event begins at 1 p.m. and will offer food and live music across the street from Washington Gardens. The Minority Health Coalition’s annual fair will also take place Saturday beginning at 9 a.m.