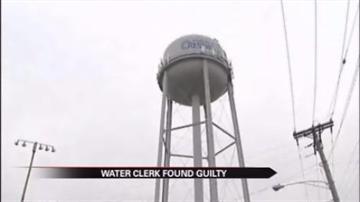 CHICAGO -- A water clerk outside Chicago was found guilty of lying to the government.

The clerk was found guilty on 11 counts for signing off on paperwork that said the town of Crestwood's water all came from Lake Michigan and was safe to drink.

The town's drinking supply was also supplemented by a well that contained chemicals that can cause cancer.

"Yes I do apologize, but I would like to add that it was never any part of my decision and never part of my plans," said Theresa Neubauer.

Officials drew water from that tainted well until 2008.

She will be sentenced in October.