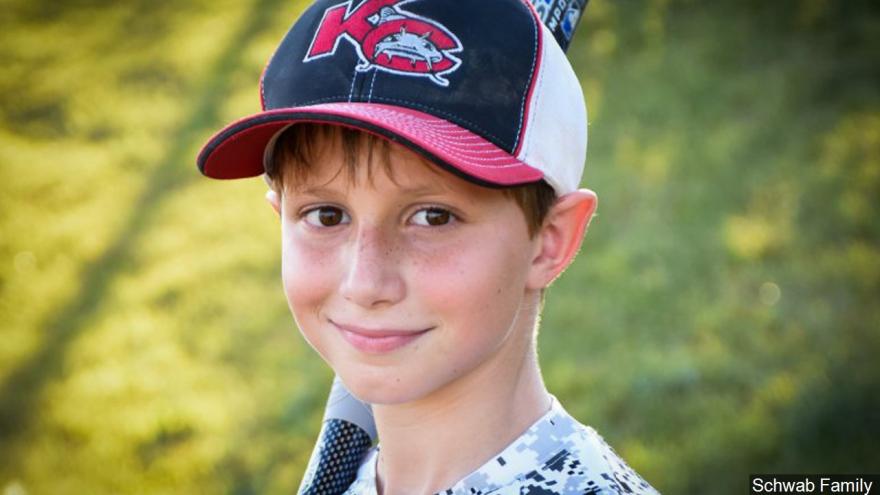 (CNN) -- A water park co-owner has been arrested in connection with the 2016 death of 10-year-old Caleb Schwab at the Schlitterbahn Waterpark in Kansas City, Kansas.

Jeffrey Henry, the park's co-owner, was arrested in Cameron County, Texas, according to park spokeswoman Winter Prosapio. Police did not immediately release the indictment for Henry, but the county's website lists aggravated battery and aggravated endangerment of a child as some of the charges he faces.

Caleb was decapitated while riding in one of the park's water slides. The raft he was in went airborne, killing him and injuring two other women.

Henry's arrest follows the Friday indictment of Tyler Austin Miles, the park's Director of Operations, and the Schlitterbahn Waterpark itself.

Miles surrendered himself to law enforcement on Friday in Wyandotte County, Kansas. He was released on $50,000 bail.

Henry is not a named defendant in the indictment against Miles and the water park that was unsealed on Friday. However, he is featured prominently in the indictment as the "principal designer and visionary" of the ride that killed Schwab. The indictment also notes that although Henry possessed no "technical or engineering credentials" he controlled "many key decisions" in the design of Schlitterbahn rides.

The indictment references video footage where Henry is giving an interview explaining the danger of the ride, admitting he "could die going down this ride."

In a statement on Monday, the park says that in light of last week's indictment, they were not surprised by the decision to bring charges against Henry. "We as a company and as a family will fight these allegations and have confidence that once the facts are presented it will be clear that what happened on the ride was an unforeseeable accident," the statement said.

It is unclear if Henry has retained legal representation.

According to the indictment, while Schwab's death "appeared at first to be an isolated and unforeseeable incident," park employees "came forward and revealed that Schlitterbahn officials had covered up similar incidents in the past" involving the water slide.

Caleb was the son of Kansas Rep. Scott Schwab. The family was at the park together when the incident happened.

Verruckt, the world's tallest water slide, required two to three riders to be strapped in a raft with a total weight between 400 and 500 pounds. The raft would then "slide down a jaw-dropping 168 foot 7 inch structure, only to be blasted back up a second massive hill and then sent down yet another gut wrenching 50 foot drop for the ultimate in water slide thrills," the park's website said. The slide was certified by Guinness World Records in May 2014 as the world's tallest water slide.

Schwab was decapitated when the raft he and two other women were strapped into "went airborne and collided with the overhead hoops and netting affixed" to the slide. The two women suffered face injuries and lacerations, according to investigators.

According to CNN affiliate KSHB, Schlitterbahn reached settlement agreements in early 2017 with all parties involved in the tragic accident. The Schwabs will receive nearly $20 million in the settlement. The settlement terms for the two injured women were not made public.

The indictment says the park knew about the issues with the ride, including design failures and maintenance issues, and was aware of other injuries sustained by riders prior to Schwab's death. It details injuries suffered by at least ten other people, ranging from concussions to multiple broken toes.

The raft Schwab was using during the incident was known "for going abnormally fast and going airborne more frequently than other rafts," the indictment says. It was removed twice in 2016 but quickly put back into circulation, investigators learned, according to the indictment.

Investigators also found multiple flaws in the ride design, noting that "it was never properly or fully designed to prevent rafts from going airborne."

In some of the counts of aggravated battery against Miles and the Schlitterbahn Waterpark, the Verruckt waterslide is likened to "a deadly weapon."

The indictment also says the park and Miles concealed evidence and that Miles knowingly gave false information to a detective.

'Many of us rode the Verruckt regularly'

In a statement released to CNN Friday evening, Schlitterbahn Waterpark said they plan on contesting the allegations, including the charges that they withheld or altered evidence.

"The safety of our Schlitterbahn guests and employees has been at the forefront of our culture throughout our 40 years of operations," the statement read. "Many of us rode Verruckt regularly, as did our children and grandchildren. We have faith in the justice system and are confident that when we finally have an opportunity to defend ourselves, it will be clear that this was an accident. We stand by our team and will fight these charges."

On Monday, attorneys for Tyler Miles said charges alleging their client "avoided or delayed repairs" and "covered up similar incidents" are not true. "Not only had Tyler ridden the slide numerous times, but, as the State is aware, he had scheduled his wife, to ride it on the day of the accident. These are not the actions of someone who believed the ride to be dangerous."

They add that "only after Tyler is able to obtain transcripts, witness statements and police reports will he, like any citizen, be in a position to fully address these allegations. What we know is that Tyler is innocent, which is why he insisted, at his first court appearance, that we set the matter for jury trial. We look forward to the opportunity to challenge the evidence, in a public forum, and prove Tyler's innocence."

The park has said that it intends to tear down the slide as soon as the investigation is concluded and the park is given permission by the court.