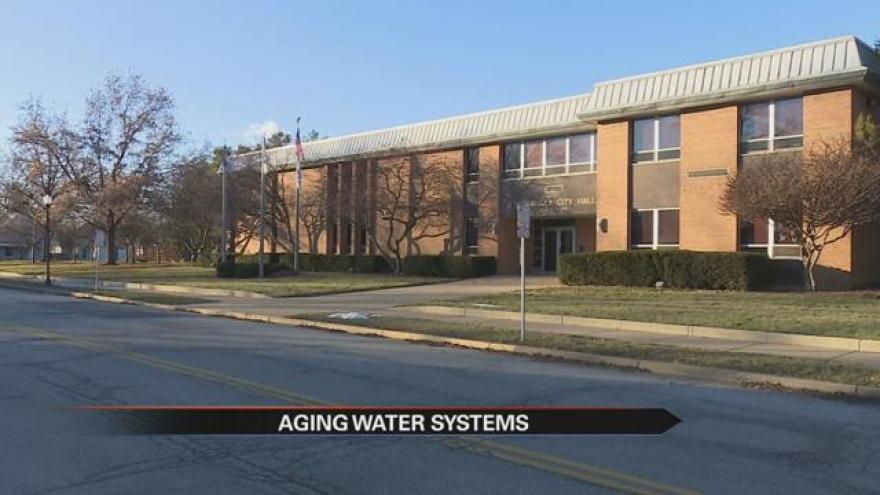 A renewed call to raise water rates in South Bend and Mishawaka has both cities’ common councils worried about your wallets.

They’re now tasked with finding a way to fix old infrastructure while keeping your utilities affordable.

South Bend Public Works has been asking for a $4 - $5 increase for months.

“It looks like we have no choice but to continue to go to the people and say, ‘we want more,’ we don’t like that, we don’t want that, but until we get some relief, we’re running out of options,” said Ross Deal, Mishawaka Common Council President.

Officials say they’re out of options and closing in on a potential fiscal crisis.

Mishawaka has its hands tied thanks to a circuit breaker law implemented by lawmakers downstate.

The legislation puts a cap on property taxes and once it kicks in, it will kick out over several million in revenue that would go to both cities’ general funds.

“It’s another tax, it’s another user fee, it’s another hit to the pocket and it’s coming at us from all sides,” said Deal. “The state has really done a number on local government.”

So when this public safety matter intersects with a shrinking budget, they’re tasked with keeping your costs low while keeping your water safe.

“We’re going to try to turn over some rocks and we’re going to do what we do because we have to look out for the people that we serve,” he said.

In South Bend, the council postponed a hearing for a water rate increase for almost five months.

“There was a proposal for us to look at a 40 percent raise and several of us including me, think that’s too drastic of a situation,” said Oliver Davis, South Bend Common Council Vice President.

That raise would pay for needed fixes for infrastructure over a century old.

Davis wants the city to utilize TIF funds first and then ask citizens for more money.

“I would have to pay that myself, so would I want my water bills to go up like that? The answer is no,” he said.