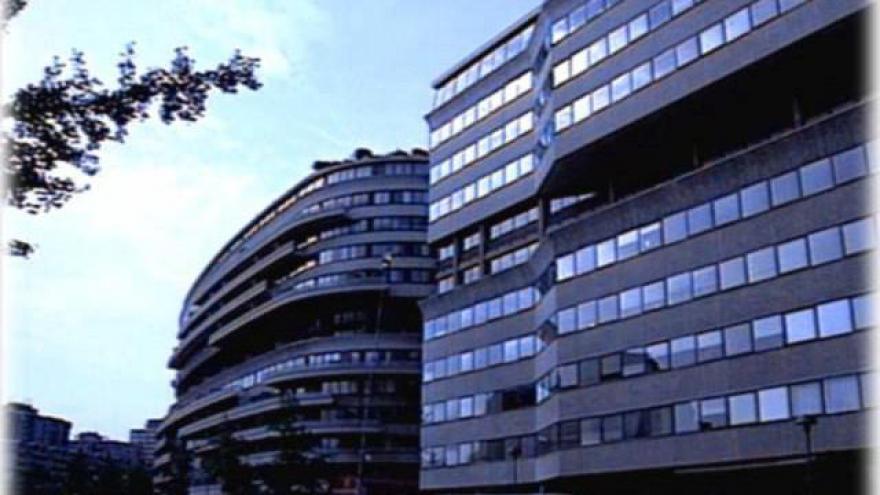 (CNN) -- Here's a look at Watergate, the 1970's political scandal that led to the resignation of President Richard Nixon.

October 10, 1972 - The Washington Post publishes a story by Carl Bernstein and Bob Woodward, stating that the FBI believes the Watergate break in was done by aides to President Nixon.

May 19, 1973 - Archibald Cox is appointed special prosecutor in the Watergate investigation.

June 25-29, 1973 - Former White House counsel John Dean testifies before the Senate Select Committee about the White House, and Nixon's, involvement in the Watergate break-in and cover-up.

July 16, 1973 - During the Watergate hearings, former aide Alexander Butterfield reveals that President Nixon has been secretly recording all of his White House conversations since 1971.

July 26, 1973 - President Nixon responds to two subpoenas issued by the Ervin committee, by saying he will not comply with requests for copies of White House recordings. He also refuses a similar request from special prosecutor Archibald Cox.

August 29, 1973 - Federal Judge John Sirica orders President Nixon to turn over the tapes to him to be privately examined. Nixon does not comply and appeals all subpoenas and orders with regards to surrendering the tapes.

October 19, 1973 - The appeal is denied and the president is ordered to turn over the tapes to Mr. Cox. Nixon offers to give a summary of the White House conversations personally edited by him and verified by Sen. John Stennis (D, MS) instead. The summary offer is rejected and Mr. Cox is ordered to drop the case. Cox refuses.

November 21, 1973 - The White House reveals that one of the subpoenaed recordings, dated June 20, 1972, has an 18-minute gap. President Nixon's secretary Rose Mary Woods says she is responsible for accidentally erasing the tape.

July 24, 1974 - The Supreme Court unanimously rules that President Nixon must immediately turn over the original recordings of over 64 conversations to special prosecutor Leon Jaworski.

July 27, 1974 - The House Judiciary Committee approves three articles of impeachment against President Nixon. The recommendation is then sent to the full House of Representatives for a vote.

July 31, 1974 - The remaining tapes, having been turned over to Jaworski, reveal a conversation from June 23, 1972 that proves the president's knowledge of the cover-up from the beginning.

August 8, 1974 - President Richard Nixon addresses the nation on TV, "I have never been a quitter. To leave office before my term is completed is abhorrent to every instinct in my body. But as president, I must put the interest of America first. America needs a full-time president and a full-time Congress, particularly at this time with problems we face at home and abroad. To continue to fight through the months ahead for my personal vindication would almost totally absorb the time and attention of both the president and the Congress in a period when our entire focus should be on the great issues of peace abroad and prosperity without inflation at home. Therefore, I shall resign the presidency effective at noon tomorrow."

1977 - In a series of interviews with David Frost, Nixon defends his actions during the Watergate investigation, "I'm saying when the president does it, that means it's not illegal."

May 31, 2005 - The Washington Post confirms that former FBI agent Mark Felt was "Deep Throat," the informant who provided reporters Carl Bernstein and Bob Woodward with insider information during the Watergate scandal.

July 29, 2014 - For the 40th anniversary of the infamous resignation of President Nixon, historians Douglas Brinkley and Luke Nichter publish "The Nixon Tapes: 1971-1972," transcriptions from a selection of Nixon's White House audio recordings.

Bernard Baker - One of the Watergate burglars. Pleaded guilty to wiretapping and theft and served 14 months in prison.

Virgilio R. Gonzalez - One of the Watergate burglars. Pleaded guilty to wiretapping and theft and served 16 months.

Eugenio Martinez - One of the Watergate burglars. Pleaded guilty to conspiracy, burglary and wiretapping and served 15 months. He was later pardoned by President Ronald Reagan.

James McCord - Former CIA agent, Security Director for CREEP and one of the Watergate burglars. Convicted of burglary, conspiracy and wiretapping and served two months.

Frank Sturgis - One of the Watergate burglars. Pleaded guilty to burglary and wiretapping and served 16 months.

Committee to Re-Elect the President:

John J. Sirica - Chief judge of the U.S. District Court for the District of Columbia.

John Ehrlichman - Assistant to the President. Convicted of conspiracy, obstruction of justice and perjury and served 18 months.

H.R. Haldeman - Nixon Chief of Staff. Convicted of conspiracy and obstruction of justice and served 18 months.