NOW: We are tracking snowfall totals this year and how it compares to years past

This year we have received 1.3" of snow. That puts us 5" under the average amount that we typically see through December 4th. With lots of winter still left to go we will likely overcome this deficit, especially since we are in a La Nina pattern. When was the last time that we received more notable snowfalls here in South Bend? Earlier this year on April 17th we accumulated 3" of snow. The last time we seen 6" of snowfall was back on November 11th 2019. It has been almost 3 years since we have received 10" or more, which was February 9th 2018. 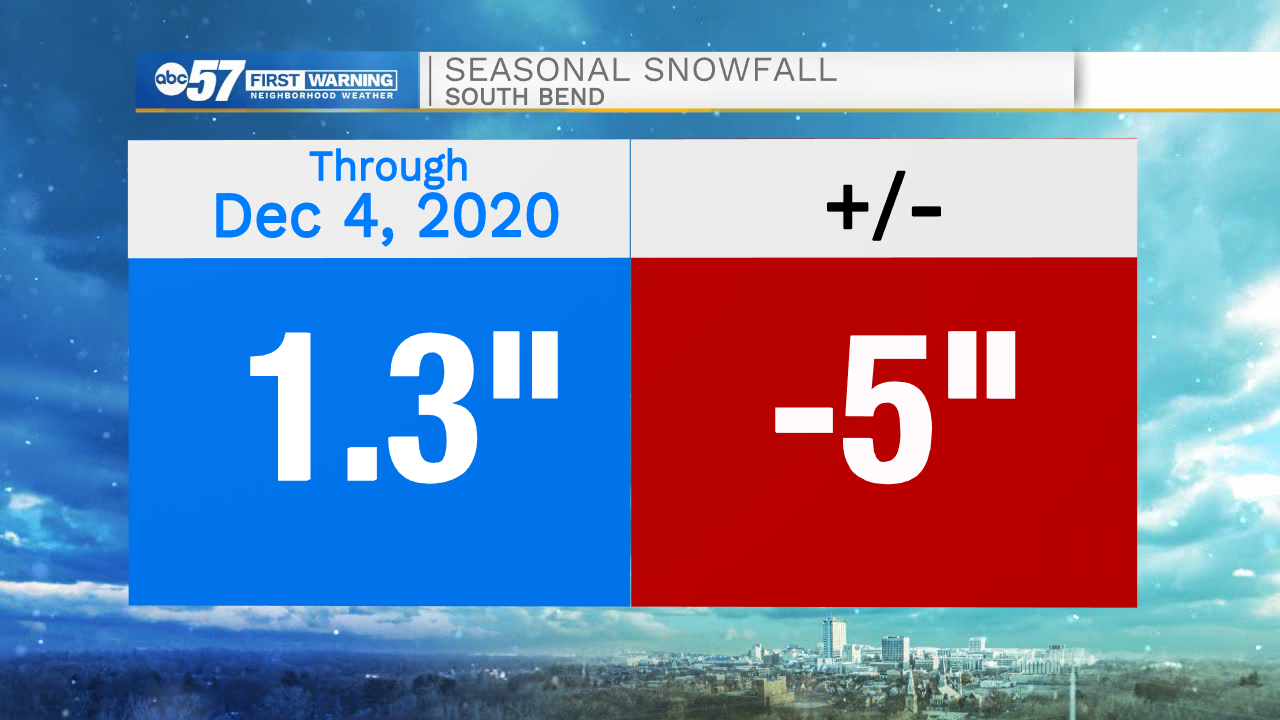 As we look back at the history of snowfall, or the lack there of, we have seen a few years were not much snow was recorded. In 2012 we went 279 days without any snowfall recorded, which was the longest streak on record. Second behind that was 1948, were we went 272 days without any recorded snowfall.

Back on January 8th 2011 we seen one of the highest single day snowfall totals on record. An incredible 26" of snow was recorded. For all the snow lovers out there, we are currently in a comparable pattern that was present back in 2011. It's unlikely that we see a similar event to this, but it isn't impossible.