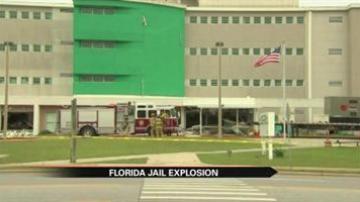 Authorities are investigating whether an explosion at a jail in Florida Wednesday night was caused by the weather.

The explosion happened around 11:00, killing at least two inmates. 150 others were hurt and three are still missing.

"We only have three that are currently unaccounted for, and I say that because we don't know, they might be in the jail, we know they're not in the hospital, and so right now we're trying to confirm their whereabouts," said Escambia County Florida Sheriff David Morgan.

A spokeswoman from the jail says the explosion may have been related to the flooding and the massive rain the area has seen in the recent days.