West Virginia teachers back to work after reaching deal with governor 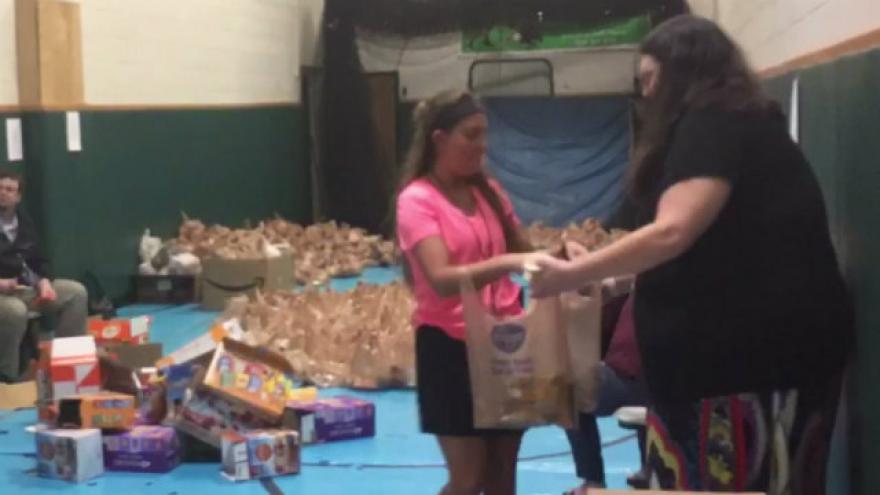 By Sarah Jorgensen and Steve Almasy

(CNN) -- There is still work to be done in the Legislature, but West Virginia schoolteachers will be back at work Thursday after a four-day walkout over pay and benefits.

The question is how long they will stay in their classrooms.

On Tuesday, Gov. Jim Justice announced teachers and other education-related employees would be getting a 5% pay raise in the first year, as long as lawmakers approve it in a new bill.

Justice, who said he changed his position on raises after talking to a sixth-grader, told reporters he has spoken to the leaders of the Senate and the House and he was "very, very hopeful" a bill would pass soon replacing one that included a smaller cumulative raise over more time.

But the issue of insurance will take time and a task force, the governor said, and teachers weren't happy -- at least those assembled at the state Capitol -- that there was no immediate fix.

The educators who had come to Charleston gave big cheers when told of the potential pay raise, but there were many boos when they learned insurance issues were to be dealt with later.

After they were told they would go back to schools Thursday with a possibility they might get called to strike again, teachers chanted "Back to the table!" and "Fix it now!"

Debbie Helvey, a sixth-grade science teacher from East Bank, told CNN she has been a wreck during the strike. She was still nervous Tuesday, worried the negotiation win would be fleeting.

"I'm just afraid that it's going to be tabled and put on the back burner, and we're going to be asked to do this again," she said.

The governor said he had changed his position on giving a raise this size after he had a conversation Monday with a sixth-grader named Gideon Titus-Glover.

Justice said Gideon was asking questions about tourism and the governor tried to explain about returns on investments in marketing.

Turning one dollar into eight is a good investment, the governor told Gideon.

"Wouldn't it be an investment to invest in smart teachers that would make me smart and then I can in turn, turn around and do smart, good things for our state?" the student replied.

The governor said Gideon was right and he was approaching the strike wrong.

"I was looking at it as what the prudent thing was to do and not as investment." he said Tuesday.

The strike put about 20,000 teachers and 13,000 school service employees on the picket lines.

Dale Lee, president of the West Virginia Education Association, said the organization reserves the right to call teachers and service workers out again at a later date if the legislation gets bogged down or doesn't move ahead at their desired speed.

There are other issues, teacher says

Helvey said teachers should continue the fight for an insurance fix that deals with rising premiums.

"It needs to be done now. We can't give up, because if we do we may lose this fight," she said.

Her husband, Mike Helvey, a social studies teacher, said addressing insurance costs was as important as a pay raise.

But he said they'll be back in the classroom Thursday because "we're teachers before anything else."

Mike Helvey indicated they'll leave the bargaining on insurance to the union.

Before the end of the strike was announced, Wendy Peters, a third-grade teacher who traveled from Daniels, told CNN sister network HLN by phone that the primary issues are pay and insurance. But there are others, such as seniority and less stringent criteria that allow for noncertified teachers -- something Peters doesn't think should happen.

She told "On the Story with Erica Hill" that teachers want to feel "valued and respected."

Peters, who has 16 years of service and says she makes $42,000, said teachers want a wage competitive with surrounding states. "We take care of the most important thing in our state, our children," she said.

The walkout -- which kept the state's roughly 277,000 public school students out of class -- came after Justice signed legislation late on the night of February 21, granting teachers a 2% pay increase starting in July, followed by 1% pay increases over the next two years.

But the bill did not address further concerns of teachers, including issues with the teachers' public employees insurance program, the rising costs of health care and a tax on payroll deduction options, according to Christine Campbell, president of the American Federation of Teachers-West Virginia.

Many people in West Virginia said that the high health insurance costs they face are the main sticking point in the work stoppage. That insurance affects all state employees.

Tonya Spinella, a fourth-grade teacher in Mercer County, said rising insurance premiums are "going to be a real issue for us, for our family."

She said she has a second job, teaching English to Chinese children online.

"And really, sometimes the only way we can make ends meet is through my second teaching job and through other little side jobs that I do," she said.