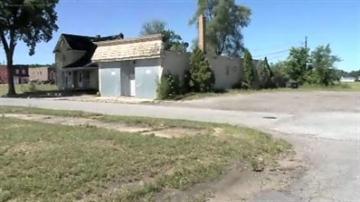 SOUTH BEND, Ind. -- Frustrations are running high in South Bend over the city's decision to buy a strip club for $350,000 when it was appraised at $27,000. What could the city have spent that money on instead?

The Redevelopment Commission is supposed to eliminate blight and bring about new development.

Recently it spent $350,000 to buy a strip club on a piece of property that someday might be used as part of an expansion for Ignition Park.

Many residents thought it was a bad deal.

"I sure wouldn't offer that kind of money," said Marlene Kulesia.

"I wouldn't have paid what they paid; they paid way too much for that," said Janice Bush.

"I wouldn't spend definitely spend that kind of money for that," said Don Dickenson.

"Think that was just a waste of money. That $350,000 could've went a long way to do other things here in the city," said Rita Anderson.

"I would work on some of the abandoned buildings that are salvageable. And then maybe rent them out or help people buy them," said Bush.

"I would let people have the houses, maybe for $100 with a contract that they would fix them up within a two year period. And use some of that money to also rehab the houses," said Rita Anderson.

"Infrastructure. I think our streets. my brothers who are visiting said, 'The streets just don't look good,'" said Susan Griffin.

The Redevelopment Commission could use the money it has access to for some of those things, but they are restricted to using the tax dollars they collect within certain areas of town.

The Code Enforcement Department said the $350,000 could have paid for the demolition of around 46 houses.