What is the Ring of Fire? 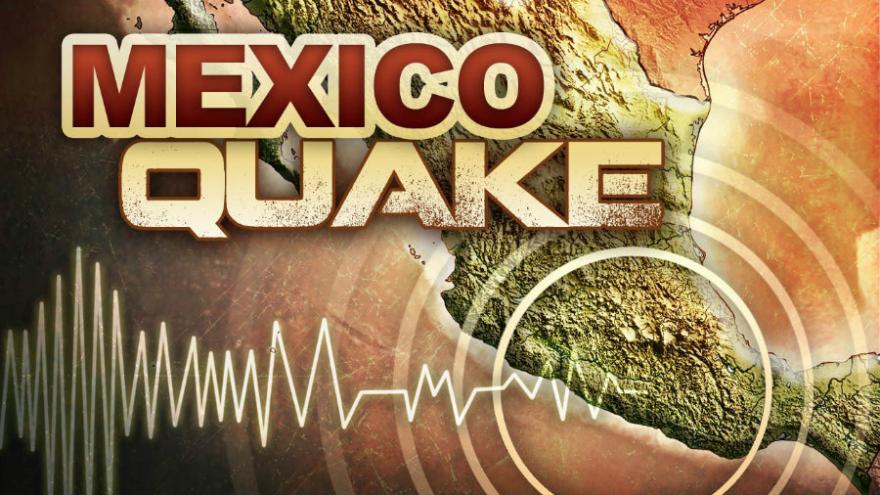 (CNN) -- The powerful 8.1 magnitude earthquake that struck off the west coast of Mexico in the early hours of Friday morning is located in the Pacific Ring of Fire, an area of intense seismic activity.

The 40,000-kilometer (25,000-mile) area stretches from the boundary of the Pacific Plate and the smaller plates such as the Philippine Sea plate to the Cocos and Nazca Plates that line the edge of the Pacific Ocean.

About 80% of all earthquakes strike in the Ring of Fire, according to Hongfeng Yang, a seismologist at the Chinese University of Hong Kong.

People are most at risk in Chile, Japan, the US west coast, and other island nations including the Solomon Islands to the western seaboard of North and South Americas.

They are at risk because they lie on subduction zones that are locked so tectonic energy must be released by large earthquakes.

The Ring of Fire was formed as oceanic plates slid under continental plates.

Volcanoes along the Ring of Fire are formed when one plate is shoved under another into the mantle -- a solid body of rock between the Earth's crust and the molten iron core -- through a process called subduction.

Earthquakes represent the energy release from the interior of the Earth, where huge amount of heat is stored.

The heat drives the plates to move. When two plates move against one another and produce friction, it causes energy to build up. When the energy is released it triggers an earthquake.

"It takes tens of thousands of years for the energy to build up, but only a matter of seconds for it to be released," said Hongfeng Yang, a seismologists at the Chinese University of Hong Kong.

Tectonic plates usually move an average of a few centimeters each year, but when an earthquake strikes, they can move several meters per second.

As with Friday's earthquake off the west coast of Mexico, seismologists can't yet predict when or where earthquakes will strike, or how large they will be.

Some researchers argue that there are certain conditions -- such as hydraulic fracturing when we drill deep into the sea to extract energy resources -- induce earthquakes. But there's no hard scientific evidence to back this up.