What to watch in Indiana's primary 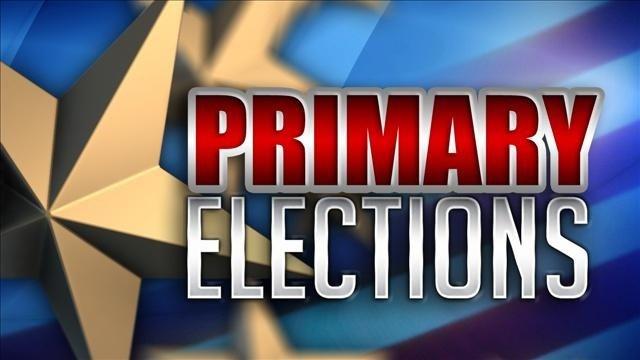 INDIANAPOLIS, Indiana (CNN) -- Donald Trump has defeated his Republican rivals in six straight contests. In Indiana, he could demoralize them.

Trump will try to win a primary Tuesday that Texas Sen. Ted Cruz has set up as do-or-die for his own campaign. Bernie Sanders, meanwhile, will attempt to reclaim the momentum that Hillary Clinton has firmly seized.

Here are five things to watch in Indiana's primary:

Trump goes for the knockout blow

Cruz began his campaign in Indiana at the gym in Knightstown where the movie "Hoosiers" -- about an underdog team that overcame much bigger rivals to win a high school championship -- was filmed.

The Texas senator's chances of winning the state could prove to be -- just like the movie's Hickory High School -- fiction.

Last week, Cruz was hyping Indiana's role in the Republican nominating contest every chance he got. In Greenwood, he declared that "we are focusing our resources intently on the state of Indiana." In Indianapolis, he said the state's voters will decide "which path we should go down."

He even deployed one of the biggest tools a presidential candidate has -- his vice presidential choice -- ahead of the Indiana primary.

Trump already has 1,002 of the 1,237 delegates he needs to clinch the Republican nomination, according to CNN estimates. Another 57 are up for grabs in Indiana: 30 go to the statewide winner, while three each go to the winner of each of Indiana's nine congressional districts.

Cruz's expectations-setting has given Trump a chance to deliver a knockout blow.

There's good reason for Trump to pump up Indiana's importance: An NBC/Wall Street Journal/Marist University poll released Sunday showed him with a 15-point lead over Cruz, 49% to 34%, with Ohio Gov. John Kasich at 13%.

Cruz, meanwhile, spent the weekend laying out a rationale for the continuation of his campaign. He made a trip to California for the state's GOP convention, and said that it's now the Golden State, which votes June 7, that will "decide this Republican primary."

In an interview with CNN's Dana Bash on Monday, Cruz wouldn't say whether he'd support Trump in the general election.

"You don't just get to slap an R on your jersey and lead the Republican Party. The reason the media wants Donald Trump to be our nominee is it represents a repudiation of conservative principles of the Constitution," he said.

Can Cruz capture the 'donut counties' and stay alive?

Cruz is likely to win -- potentially by a big margin -- in Indiana's heavily Evangelical Northeast, in the counties around Fort Wayne. Trump, meanwhile, should fare well in manufacturing-heavy regions like Evansville, Indianapolis and Lake County.

If Cruz is going to win the state, it will be in the suburban "donut counties" that surround Indianapolis.

The result will also be the real test of the alliance between Cruz and Kasich, who agreed not to compete in Indiana.

Particularly telling will be Hamilton County, the burgeoning home of the wealthy conservative cities Fishers, Noblesville and Carmel -- where Mayor Jim Brainard is Kasich's Indiana chairman.

But Cruz is a poor ideological fit for many of these voters, who were largely supportive of Indiana's former governor, the economics-focused Mitch Daniels, and tend to dislike current Cruz-endorsing Gov. Mike Pence.

The Cruz campaign's biggest strategic error in Indiana could prove to be its decision to keep vice presidential pick Carly Fiorina -- who stood a much better chance of appealing to suburban women who make up a huge chunk of that doughnut county electorate -- with Cruz in urban and rural areas, rather than sending her to Hamilton, Boone and Hendricks counties, where she could have helped solidify Cruz's support.

Clinton visited Hammond and Mishawaka last week, and Indianapolis on Sunday, but make no mistake: Her campaign is trying as hard as possible to look like one that's about to lose Tuesday's primary.

Clinton's camp didn't air a television ad in Indiana. It opened only five offices. And she held just one rally and two invite-only events.

Spokesman Brian Fallon sought to portray Indiana as a must-win for Bernie Sanders on Monday, and pointed out that it is a largely-white state, saying: "He has spent millions of dollars in Indiana. We haven't been up at all here in Indiana. Indiana is also a state, in terms of tomorrow, where, demographically and the fact it is an open primary, it resembles very closely a lot of the states where he has had his biggest wins."

The NBC/Wall Street Journal/Marist poll has Clinton up four points. Fallon said it doesn't track with the campaign's internals, saying even a four-point lead "probably overstates it from our perspective in terms of our standing there."

Why is Clinton's camp so dour in public? The Michigan loss taught her aides something about expectations management.

Still, she defeated Barack Obama in Indiana in 2008. A loss in Indiana could suggest that Clinton hasn't yet turned the corner with white, working-class voters.

Will Sanders show signs of life?

On the verge of being mathematically eliminated from the Democratic race, Bernie Sanders is hoping a win in Indiana will boost his rationale for continuing on in the race.

The Vermont senator made clear in a news conference Sunday that he isn't exiting the race before California votes on June 7. He said he faces "a tough road to climb, but not an impossible road to climb" to win the Democratic presidential nomination.

Still, his fundraising is slowing. Sanders brought in $26 million in April -- an impressive haul, but far short of the $44 million he'd collected in both February and March, and slightly less than Clinton raised.

Clinton just went five-for-six in East Coast primaries. A loss in Indiana -- the type of largely-white state Sanders should win -- would be more evidence that the momentum might have left Sanders for good.

Especially important at this stage is whether Sanders will keep up his sharp critiques of Clinton, or ease up on the attacks, focusing them on differences of policy on issues like trade and banking.

Clinton's campaign has repeatedly warned that Sanders runs the risk of damaging the Democrats' general election hopes -- a possibility Trump underscored on "Fox News Sunday," saying of Sanders' attacks that Clinton is "not qualified" for the presidency: "I'm going to use that. We'll have that teed up."

Sanders, for his part, pushed back, saying his remarks won't have an impact in November.

"The Republican Party and Trump have the resources to do all the opposition research they want on Secretary Clinton. They don't need Bernie Sanders' critiques of the secretary," Sanders said.

Trump and Sanders may have made 2016 the ultimate year of the outsider.

But the Republican establishment is getting its revenge down-ballot -- and a hot Indiana Senate primary between two up-and-coming congressmen could provide the latest evidence.

Rep. Todd Young is expected to defeat Rep. Marlin Stutzman in the race to fill the seat occupied by retiring Sen. Dan Coats.

That's significant for Senate Majority Leader Mitch McConnell. His super PAC, as well as the U.S. Chamber of Commerce, have pumped money into the Indiana race in a bid to defeat Stutzman -- who McConnell fears is a second coming of Cruz, and another threat to his authority.

Conservative outsiders have largely failed in efforts to unseat incumbents, or knock off establishment favorites, lower on Republican ballots so far in 2016. A Young win would provide the latest evidence of a shift away from the dynamics that dominated GOP races in 2012 and 2014.

There are also competitive House primaries to replace both Young and Stutzman, with several state lawmakers and an attorney general battling for their seats in safely Republican districts.

Since the presidential race normally doesn't matter much by the time Indiana comes around, much of the state's political class has been working on down-ballot contests, including the Senate race and Pence's re-election battle against Democratic former Indiana House speaker John Gregg, who came within three points of defeating Pence in 2012.

Meanwhile, if you're looking for a race that's likely to leave devoted Republicans' mouths agape, look no further than Indiana's 9th congressional district.

Trey Hollingsworth, a 32-year-old multimillionaire with political ambitions, went district-shopping. He moved from Tennessee to Indiana in September and almost immediately announced his bid for Congress. And polls show the hard-line conservative is actually leading a jam-packed primary going into Tuesday's election.

How has Hollingsworth done it? Cash. He's spent more than $1.5 million of his own wealth, while his father has pumped more than $500,000 into a super PAC that has hit his opponents.

CORRECTION: This story has been updated with the correct location of a Cruz rally -- it was in Knightstown.