What Trump's Iran decision means for oil and gas prices 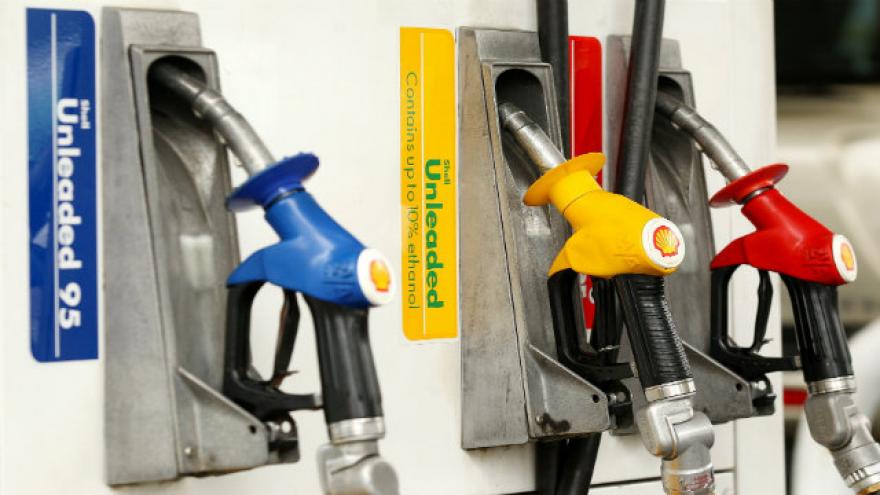 Global oil supplies were already getting tight before Trump vowed on Tuesday to exit the Iran nuclear deal and impose "powerful" sanctions on the OPEC nation.

Energy industry insiders say Trump's tough stance on Iran will probably keep oil and gasoline prices higher than they would otherwise be.

Iran ramped up its oil production by 1 million barrels per day after sanctions were lifted in early 2016. At least some of that oil will now be pulled from the market — at a time when oil prices are already rising because of production cuts by OPEC and Russia as well as instability in Venezuela.

Trump telegraphed the move, and oil prices shot up in recent weeks as traders anticipated it. Crude topped $70 a barrel this week for the first time in nearly four years. Hours before Trump's announcement, federal government forecasters raised their estimate for 2018 oil prices by 10.5% to an average of $65.58 a barrel.

Crude oil prices swung wildly on Tuesday, eventually climbing back above $70 a barrel later in the day.

Gasoline prices, which generally follow oil prices, have jumped to a national average of $2.81 a gallon, according to AAA. A gallon of gas went for $2.34 a year ago. The typical family will spend about $200 more this summer driving season, according to the Oil Price Information Service.

No one knows exactly how high prices will go. That will be determined by a range of factors, including how much Iranian crude is restricted by the sanctions and whether other major producers — such as the United States — fill the gap.

Several US military officials told CNN that there are increasing concerns Iran is on the cusp of an attack against Israel. It's not clear when an attack could come, nor what form it could take.

"The three or four-year period of quiet in terms of geopolitics impacting oil markets is over," said Canary's Eberhart.

Just how much of Iran's growth in oil production is at risk — and when it could decline — is uncertain. The Treasury Department said on Tuesday that sanctions targeting Iran's oil trade and energy industry will come with a six-month lag.

Most analysts believe that at least some nations will ignore the new American sanctions and continue buying Iranian crude. China, Iran's largest customer, may be especially reluctant to cut Iran off because of the trade tensions between Beijing and Washington.

"Short of war, the only way Iran's crude sales could be disrupted is if European and certain Asian buyers revert back to their pre-2015 embargo policy — and there is virtually zero chance of that," Raymond James energy analyst Pavel Molchanov said in email.

That's still a sizable amount of oil, especially considering the strong demand around the world.

Other major producers could fill the hole left by Iran.

Saudi Arabia, for instance, has the ability to crank up output. Yet analysts say Saudi Arabia would like to keep prices rising ahead of the IPO of its state-owned oil giant Saudi Aramco.

Production in the United States is surging thanks to the shale revolution. In fact, the Energy Information Administration lifted its 2019 domestic output forecast on Tuesday by nearly 4% to a record 11.9 million barrels per day.

"It's quite possible that surging US shale production could easily fill the gap left by Iran," Eberhart said.

One catch: Output is surging so much in the Permian Basin, America's biggest oilfield, that pipelines can't keep up. New pipelines are in the works, but won't be ready until later next year.