What we know (and don't know) about Uber background checks 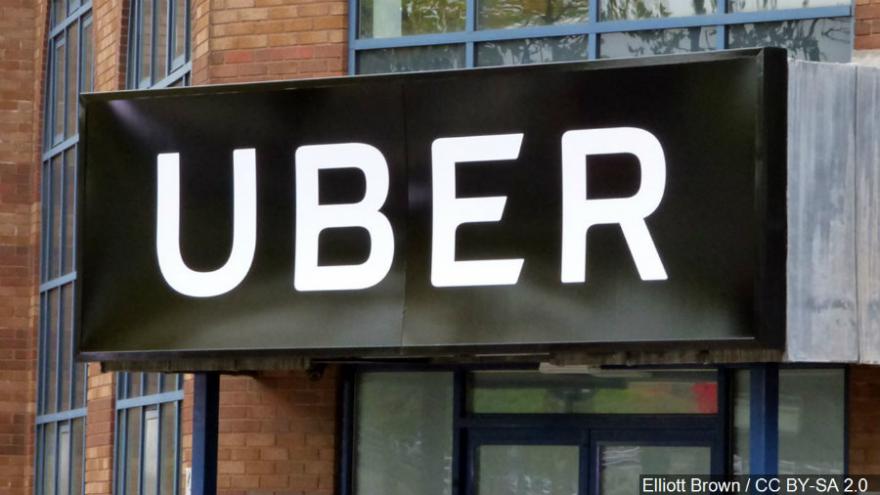 (CNN Money) -- Accused terrorist Sayfullo Saipov made over 1,400 trips as an Uber driver registered in New Jersey. He passed an Uber background check about six months ago.

Records show Saipov had received traffic citations in the past, but Uber and Lyft said they were not disqualifying based on its criteria or under local and state law in New Jersey.

News of the attack is nevertheless again drawing attention to how the companies vet their drivers.

Both companies still mostly shun the idea of fingerprinting drivers. However, they've made some exceptions like in New York City, where Uber and Lyft drivers are fingerprinted because they are subject to the same standards as taxi drivers.

According to its website, Checkr screens applicants by using Social Security numbers to identify associated addresses. It then reviews driving and criminal histories in national, state and local databases. Those databases include the U.S. Department of Justice National Sex Offender Public Website and ones that flag suspected terrorists. Sterling checks similar databases.

Checkr and Sterling are bound by the Fair Credit Reporting Act, a federal law that regulates how reporting agencies use a person's information.

Still, Uber makes the final call on whether to hire a driver based on Checkr's screening results, a source familiar with Checkr said. It's unclear what Lyft's decision making process is.

Uber does not list on its website every type of driving incident or violation that would disqualify drivers.

Lyft re-runs background and DMV checks for drivers annually. Uber doesn't have such a policy.

Many drivers work for both Uber and Lyft. While the companies follow similar guidelines, it's not uncommon for a driver to pass a background check for one company and not the other, according to Harry Campbell, who blogs at The Rideshare Guy and drives for both companies.

"It is not consistent," Campbell told CNN Tech. "It shows you there are definitely some discrepancies. It's a gray area."

Further complicating matters: The background process varies by state, too.

For example, Massachusetts runs government background checks on drivers who are already approved to work for Uber and Lyft. Thousands of drivers failed these government screenings for inappropriate criminal charges and driving histories.

While most states do not do government checks on drivers, some advocates think they should.

"Governments should be running background checks on Uber and Lyft drivers, not the companies themselves," said Dave Sutton, spokesman for "Who's Driving You?" an initiative from the Taxicab, Limousine & Paratransit Association. "Uber and Lyft's background checks consistently miss things."

Last week in Chicago, Lyft acknowledged it approved a driver with a federal conviction for aiding someone with ties to terrorism. Lyft said the man should not have passed the background check, and this was due to an error made by its screening provider. Lyft said it deactivated the driver and is re-running background checks on all drivers in Chicago "out of an abundance of caution."

However, the man did not pass screening by Uber, which said he was rejected "and barred from ever joining the Uber platform."

Uber said it is quickly and aggressively reviewing Saipov's history with the company. So far, it hasn't found any safety reports that raise concerns. Lyft also didn't find any red flags associated with his account.

His last background check with Uber was in July 2017 -- and he passed. His previous driving offenses include one in Platte, Missouri, for failing to equip a motor vehicle carrier with or maintain a required brake system, according to online records.

Saipov also wasn't on any U.S. government terror watchlists, according to two sources familiar with the investigation. In addition, NYPD Deputy Commissioner of Counterterrorism and Intelligence John Miller said Saipov was not the subject of NYPD Intelligence Bureau or FBI investigations.

Both Uber and Lyft are in contact with law enforcement authorities over the attack, the companies confirmed.