When do we see the first frosts & freezes?

NOW: When do we see the first frosts & freezes?

It's definitely a cold one out here this morning as frost is starting to coat everything early on. We typically start to see patchy frost when temperatures reach 36 degrees or colder, and we've definitely hit that this morning. And as far as our first 36 degree morning goes, we're a little bit behind compared to last year. South Bend typically sees its first 36-degree morning around October 10th, and there's some variation across Michiana. LaPorte has the latest date around the 13th while Benton Harbor and LaGrange usually see theirs around October 1st. 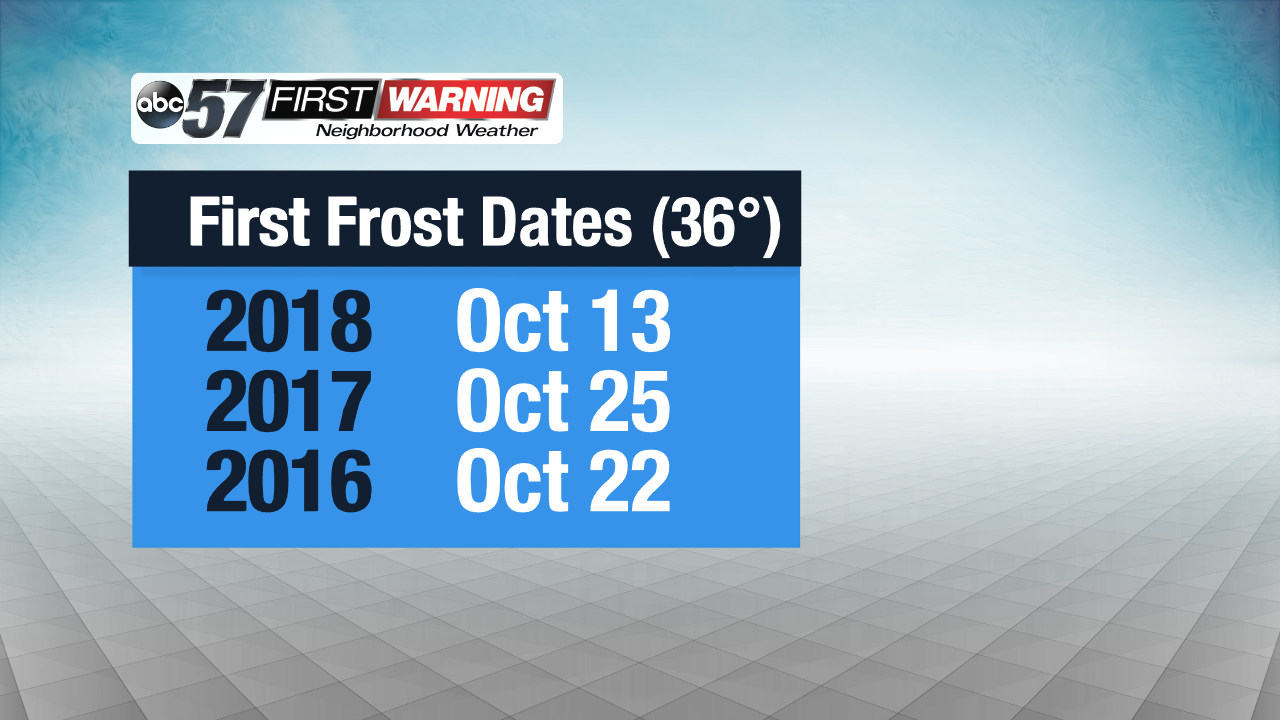 Over the last couple of years at South Bend, the first morning where patchy frost is possible was a couple weeks later over the past 2 years. It didn't occur until late October last year and the year before. But, get this, the latest frost date ever in South Bend was November 3rd in 1973! 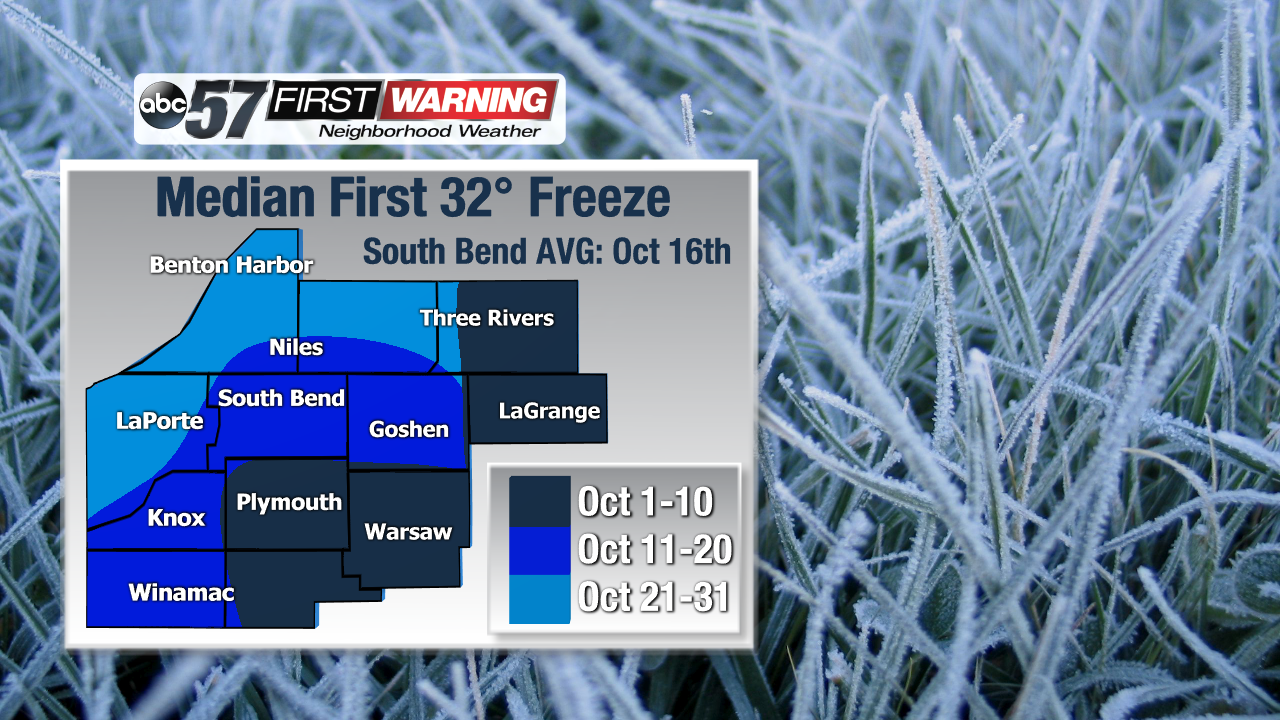 Early this morning, frost continued to thicken up around our parking lot. Along with our first widespread frosty morning many were below freezing, so hopefully you were able to bring those potted plants inside last night. Looking back over the past years, the average first freeze is typically during the early October time frame for areas east of Highway 31. And first freeze dates get later and later as you move closer to the lake shore. This is because the lake takes more time to cool down than the air, so temperatures right over the water are warmer than the air over land. Cities next to the lake will typically have warmer overnight lows during the fall months.

But now that we're starting to see sub-freezing mornings, it's getting to be that time where we have to start thinking about winter prepping. It's a good idea to check up on your car over the next couple of weeks. Check your tire pressure and tread or get new tires if you've been holding off for a while. Get your fluids topped off and check your battery too. At home, make sure to start insulating, especially if your windows aren't in the best shape. And be sure to leave faucets dripping overnight if you had problems with frozen pipes last winter.