Now that we're in mid-March, you would think that we're starting to get away from the lake effect snow, but that's not the case this season! Ice cover on Lake Michigan, and across all of the Great Lakes for that matter, is way down. Less than 20% is covered right now, allowing those "warmer" lake waters to fuel the lake effect snow showers early this week. But, we didn't always have an open lake so late in winter.

Many most likely remember the cold and snowy 2013-2014 season. On March 12th, 2014, about 84% of the Great Lakes was covered in ice compared to only 27% today. Since 2008, we've had several years of low ice cover, despite 2014 and 2015. This overall trend could continue as we move through the next several years so we may have to be prepared for more L.E. events later in the winter season. 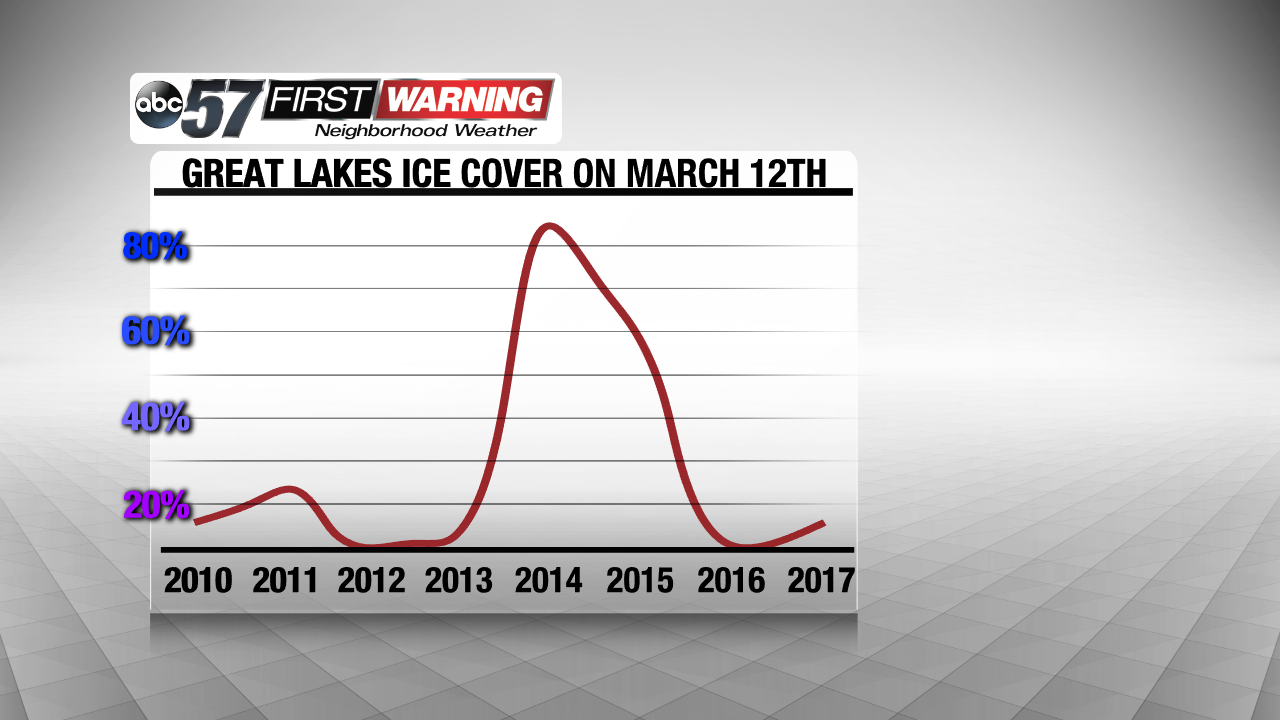 Luckily, not much snow is expected. 1"-3" of snow likely, with a pocket of 4" possible, across northwestern and central Michiana over the next 48 hours.