Which Super Bowl match-up is best for Indianapolis? 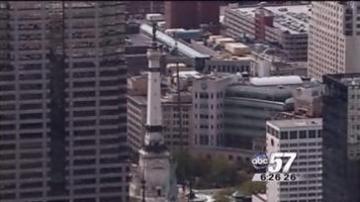 INDIANAPOLIS -- Who do you want to see in Super Bowl XLVI -- Baltimore, San Francisco, New England or New York?

Fans have varying opinions, but economists are trying to figure out which teams would be the best for The Circle City economically.

The Giants, the 49-ers and the Patriots all have big corporate fan bases, and could generate big bucks! But the Ravens?

"I think it's a great kind of moral victory and a great story, but they're probably not going to bring a big corporate crowd, a big base,” said Larry DeGaris, an economics professor. "New York is very big in finance. San Francisco is very big in high tech."

Economists say Indianapolis could make $450 million from the game!