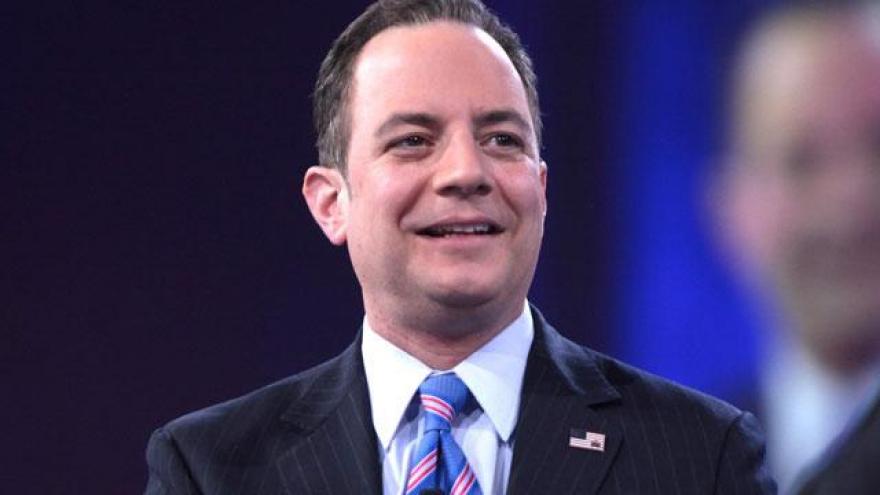 The White House was reacting to CNN's exclusive reporting that White House Chief of Staff Reince Priebus asked the FBI to say the reports were wrong after Deputy Director Andrew McCabe told Priebus the coverage was inaccurate. The White House Friday said both McCabe and FBI Director James Comey in a separate conversation rejected that request, multiple US officials briefed on the matter told CNN.

The senior administration officials who gathered reporters Friday morning to defend the White House request to the FBI confirmed that Priebus spoke with both McCabe and Comey about the reports of contacts between Trump campaign advisers and Russians known to US intelligence. But the officials said Priebus didn't initiate the conversation with McCabe that sparked the request to knock down the story. Rather, the officials said McCabe "asked for five minutes alone" and called the reports "BS."

The senior administration officials said Priebus expressed his concern to McCabe that Priebus was "getting crushed" on the story and asked him, "What am I supposed to do?" McCabe then called Priebus to say the FBI could not comment on the reports.

The officials said that Comey later called Priebus to echo McCabe's message, that he believed the story to be inaccurate, but that the FBI could not "get into the position of making statements on every story."

The timeline the White House officials offered Friday did not differ substantially from the account an official offered Thursday night.

"We didn't try to knock the story down. We asked them to tell the truth," White House Press Secretary Sean Spicer told CNN late Thursday night, objecting to CNN's characterization of the White House's request.

The White House's pushback raised questions about its criticism of the leaks that have plagued President Donald Trump's administration.

Trump and top White House officials have condemned the use of anonymous sources in a slew of damaging reports about the Trump administration.

Trump on Friday morning tweeted that "the FBI is totally unable to stop the national security 'leakers' that have permeated our government for a long time" and said leaks of classified information "could have a devastating effect on U.S."

But in pushing back on CNN's reporting Friday morning, two senior administration officials said Priebus had asked top FBI officials to brief reporters on background, or anonymously, after the FBI refused requests to publicly knock down the reports of contacts between Trump advisers and Russians known to US intelligence.

And when that request was also denied, Priebus asked if he could cite "senior intelligence officials" in pushing back on the story himself in TV interviews last Sunday -- which he did. Comey and McCabe both agreed to that request, telling Priebus he could say he was briefed by officials.

The senior administration officials on Friday revealed the identity of those officials as McCabe and Comey, claiming that both privately called the reports about contacts inaccurate.