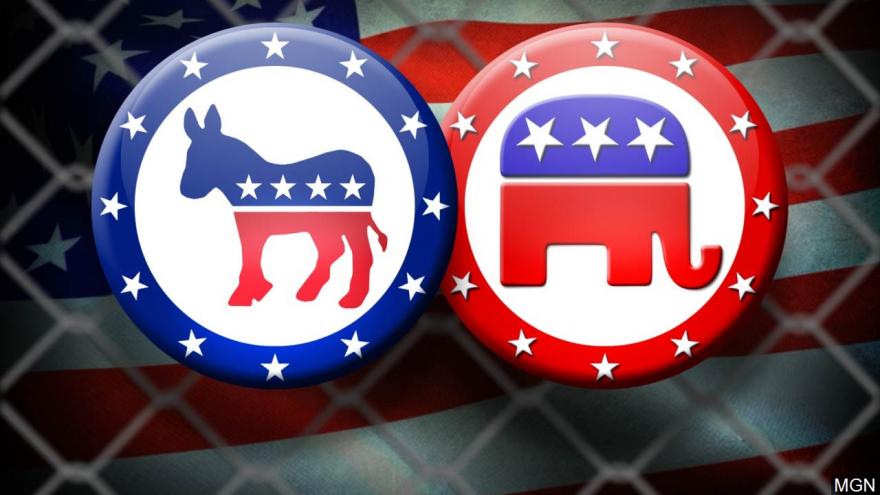 (CNN) -- The White House is dismissing an immigration deal brokered by a bipartisan group of lawmakers as a non-starter just hours before it is expected to be formally introduced in the Senate.

Arizona Republican Sen. John McCain and Delaware Democratic Sen. Chris Coons are slated to introduce a bill Monday that would grant eventual citizenship to young undocumented immigrants who have been in the country since 2013 and came to the US as children, but it does not address all of the President's stated immigration priorities, like ending family-based immigration categories -- which Republicans call "chain migration" — or ending the diversity visa program.

It also would not immediately authorize the $30 billion that Trump is seeking to build the border wall, instead greenlighting a study of border security needs. The bill would also seek to address the number of undocumented immigrants staying in the US by increasing the number of resources for the immigration courts, where cases can take years to finish.

The bill is a companion to a piece of House legislation that has 54 co-sponsors split evenly by party.

A White House official rebuffed the effort, telling CNN that it takes "a lot of effort" to write up a bill worse than the Graham-Durbin immigration bill, but somehow "this one is worse."

Trump tweeted about the latest immigration efforts Monday, writing, "Any deal on DACA that does not include STRONG border security and the desperately needed WALL is a total waste of time. March 5th is rapidly approaching and the Dems seem not to care about DACA. Make a deal!"

The White House has been aware of the legislation introduced by Texas Republican Rep. Will Hurd and California Democrat Rep. Pete Aguilar for weeks, with officials being informed while it was being drafted and with chief of staff John Kelly and legislative director Marc Short being briefed on the bill in meetings with members of Congress, including Hurd and Aguilar. The Congressional Hispanic Caucus, of which Aguilar is a key member, has been especially supportive of the bill as a compromise, as have moderate Republicans.

But the President has not embraced the proposal, largely for what it leaves out. Hurd and Aguilar, who first described their bill to CNN, have said they intentionally did not seek to appropriate specific funds in their proposal, as neither are on appropriations committees. They have called their bill a "foundation" for conversations about a big deal.

For the border, the bill would create a "smart wall" where the Department of Homeland Security would gain "operational control" of the border by the end of 2020 through "technology, physical barriers, levees, tools and other devices." On family-based migration, the bill doesn't make explicit reference to sponsoring relatives, but the bill authors say that existing law would prohibit parents of these individuals who came to the US illegally to apply for a visa to come back without returning to their home country for at least 10 years before applying and the bill does nothing to erase that requirement.

McCain said in a statement the new bill has "broad support."

The Senate is expected to turn to a floor debate on immigration soon, and Coons has been part of a group of bipartisan lawmakers that have been meeting for weeks to try to find a compromise that could pass the vote with more than the 60 votes needed to advance legislation, which would require members of both parties. McCain has been recuperating from cancer treatments but is a veteran of efforts to pass immigration reform.

"While reaching a deal cannot come soon enough for America's service members, the current political reality demands bipartisan cooperation to address the impending expiration of the DACA program and secure the southern border," McCain said in the statement.

"It's no secret that Congress is gridlocked, and there is a growing list of unaddressed issues we simply have to fix, but I still believe that we agree on more than we disagree on," Coons said in the same statement.