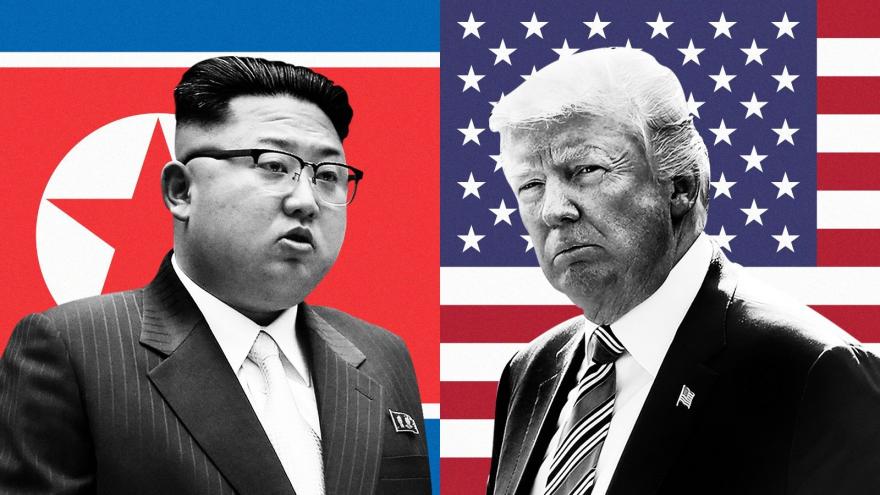 (CNN) -- President Donald Trump will not visit the DMZ, a senior administration official announced Tuesday during a briefing from the White House podium.

Last Monday, the White House first signaled Trump would most likely forgo a visit to the heavily fortified border between North and South Korea when he visits Asia next month, bypassing what has been a symbolic opportunity for US commanders in chief to stare into the Hermit Kingdom.

"The President is not going to visit the DMZ," the official said, explaining that "there is not enough time in the schedule" and that visiting the DMZ has become "a little bit of a cliché."

The official said the White House had to pick between a visit to the DMZ or a visit to Camp Humphreys, a joint US-South Korean military base, which South Korean President Moon Jae-in invited Trump to visit.

The official said the White House felt Camp Humphreys "would make more sense in terms of the President's message" by drawing attention to "South Korea's role in sharing the burden of supporting this critical alliance."

Last week, an official had said "we don't think it sends any message either way."

Trump has employed increasingly volatile rhetoric in his comments about North Korea, promising to rain "fire and fury" on the regime if it continued threatening the United States. Since then, the North has conducted a massive underground nuclear test and launched several ballistic missiles.

While some members of Trump's administration have advocated talks with the North Koreans, Trump has downplayed the potential for effective diplomacy. He and his advisers have warned that no options -- including military ones -- are off the table.

The official speaking Tuesday noted that Vice President Mike Pence, Secretary of State Rex Tillerson and Defense Secretary James Mattis have all visited the DMZ and concluded: "It's becoming a little bit of a cliché, frankly."

The White House also defended Trump's approach to the North Korean crisis, insisting that Trump is not closing the door to diplomacy, but rather rejecting the possibility of direct talks with North Korea at this time.

Two senior administration officials insisted Tuesday that the Trump administration is still engaged in ramping up pressure on the North Korean regime through diplomacy, despite Trump's tweet earlier this month that his secretary of state was "wasting his time trying to negotiate" with North Korea's leader Kim Jong Un.

A second administration official said that while the Trump administration has "made clear that the door was open" for talks with North Korea, "North Korea has shown zero inclination to engage in substantive talks with anyone in the world on the subject."

"The operative question is why is that the case, and it would be good to explore that," the official said.