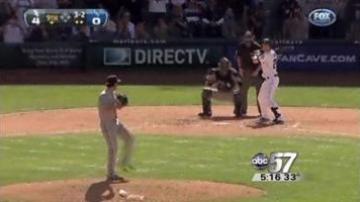 Humber is the third person in franchise history to throw a perfect game. The last was in July 2009 by former Sox pitcher Mark Buehrle against Tampa Bay.

Humber said he was overjoyed about how it felt to throw the first perfect game of the 2012 season.

Many say it's amazing that Humber was able to pitch a perfect game, because he's still recovering from Tommy John surgery before his MLB career even started.