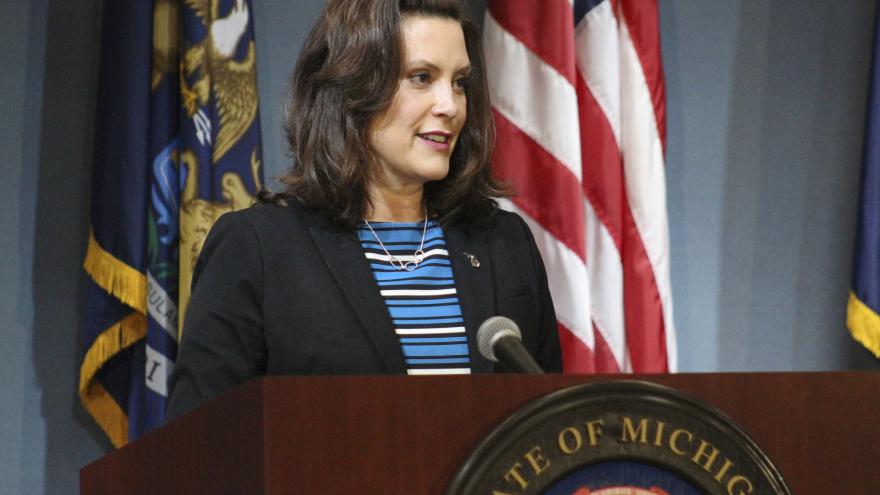 LANSING, Mich.—Governor Gretchen Whitmer on Monday responded to President Donald Trump’s call for state leaders to ‘dominate’ out of control protests that have erupted around the country over the death of George Floyd while he was in Minneapolis police custody.

In a call obtained by ABC News, President Trump and Attorney General William Barr can be heard using the word ‘dominate’ nearly a dozen times to describe how law enforcement should respond to violence incited at protests across the nation.

“Right now our nation is hurting. Americans are in pain, and desperate for leadership from the White House during one of the darkest periods in our lifetimes. This morning I took a few moments to read a powerful essay written by our former president, Barack Obama, about how we can make this moment a turning point for real change in our country. I felt hopeful and inspired in a way that I haven’t felt in a long time. Then I joined a call with my fellow governors and the current president that was deeply disturbing. Instead of offering support or leadership to bring down the temperature at protests, President Trump told governors to ‘put it down’ or we would be ‘overridden.’ He said governors should ‘dominate’ protesters, ‘or you’ll look like a bunch of jerks.’ The president repeatedly and viciously attacked governors, who are doing everything they can to keep the peace while fighting a once-in-a-generation global pandemic.

“The president’s dangerous comments should be gravely concerning to all Americans, because they send a clear signal that this administration is determined to sow the seeds of hatred and division, which I fear will only lead to more violence and destruction. We must reject this way of thinking. This is a moment that calls for empathy, humanity, and unity. This is one of the most challenging periods in our nation’s history, but as Americans, we must remember our enemy is racial injustice, not one another. Let us heed the powerful words of President Obama today to ‘channel our justifiable anger into peaceful, sustained, and effective action.’ It’s time for all of us to pull together and do the hard work of building a nation that works for everyone.”