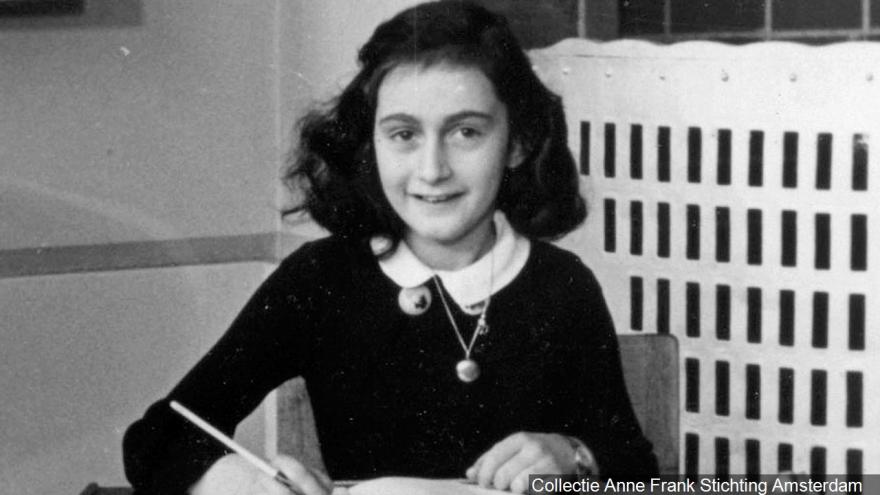 (CNN) -- A new investigation into the circumstances surrounding the discovery of Anne Frank's hiding place in Nazi-occupied Amsterdam, which eventually led to her death, has been launched by a retired FBI agent.

Led by Vince Pankoke, who formerly worked with the FBI to track Colombian drug cartels, the project will use cold case investigative techniques and data analysis software developed in the last decade to unravel one of history's greatest mysteries: Who betrayed Anne Frank?

The German teenager was best known for her diary documenting her period underground in the "Secret Annex", a hidden enclave at the back of her father Otto Frank's former office, at 263 Prinsengracht in the Dutch capital. The Franks and another Jewish family spent more than two years in hiding before they were discovered by the Gestapo, the German secret police, in August 1944 and sent off to concentration camps.

Anne's diary, nicknamed "Kitty", provided a moving and in-depth documentation of the rise of anti-Semitic laws in Nazi-occupied Netherlands as well as the pangs of spending an adolescence in captivity. She died shortly before the end of the Second World War at the age of 15 in a concentration camp in Bergen-Belson, Germany. She was survived by Otto, who returned to publish her diary in 1947.

In the aftermath of the war, Dutch police launched probes into the betrayal of the Frank family at the insistence of Otto Frank, who suspected a warehouse worker of having disclosed their location, but the investigations were inconclusive.

Last year, research conducted by the Anne Frank House in Amsterdam suggested that the location of the secret annex could have been uncovered by the Gestapo by accident, and not as part of a mission to find and arrest its residents based on a tip-off from an informant, as previously thought.

This new investigation, however, will reconstruct the events prior to the discovery and look at all thirty suspects who have been accused over time of betraying the Frank family, hoping to solve the mystery that has puzzled historians.

The data generated from Frank's diary and the archives available from that period will be scanned by specialist software to narrow down the suspects. The multi-disciplinary investigative team of 20 includes detectives, data analysts, profilers, historians and criminologists. The experts are also seeking tips from members of the public and using actors to reenact witness and suspect statements obtained in the past.

The Anne Frank House has opened its doors and archives to the "Cold Case Diary" project, which is being filmed and is relying on crowd-funding to pay for its investigation.

"Every school aged-child knows about Anne Frank and so did I. I remember that once in 2005, I was in Amsterdam on a mission, and my Dutch colleague drove me through Amsterdam. While passing the Anne Frank House he told me that this case has never been solved. That surprised me," Pankoke said in a statement provided to CNN by Proditione Media, the production company behind the project.

"I must say that I always had a keen interest since my father and his two brothers fought in WW2," Pankoke added. "My father once told me that his unit liberated a concentration camp near Mittenwald and he never could forget the sight of this place and its prisoners."

Xomnia, an Amsterdam-based software company specializing in Artificial Intelligence (AI), will be providing the software for processing data from various archives.

"There is simply far too much data available nowadays for a human brain to analyze," a spokesperson for Xomnia said in a statement provided by Proditione Media. "Our software allows [researchers] to search the data and visualize it new ways. This has already led to a few new traces."

"The Anne Frank House's new investigation [in 2016] does not refute the possibility that the people in hiding were betrayed, but illustrates that other scenarios should also be considered," Ronald Leopold, Executive Director of the Anne Frank House, said in a statement to CNN. "We are pleased that 'Cold Case Diary' is also carrying out research into the arrest and following new leads, and we are interested to see the results."

Pankoke, who was awarded a medal by the Colombian government for his success in tracking drug cartels, will be detailing the progress of the investigation online. He hopes to unveil the project's findings on the 75th anniversary of the discovery of the Frank family in hiding, on August 4, 2019.

"Considering the amount of data to review, normally I would be pessimistic, but now with these great experts in the team and the AI component, I am really optimistic," he said. "To choose that specific date feels like honoring the victims. But of course, in no way will we let the deadline jeopardize the integrity of the research."