Washington state and parts of Oregon were battered by a very strong storm system on Monday. The area of low pressure deepened considerably before heading inland, bringing wind gusts of 60-80 MPH along with it. In addition, heavy rain on the order of several inches was recorded along Washington's coast.

The storm is being blamed for one fatality in which a tree fell onto a vehicle, and five injuries. Nearly 200,000 people lost power due to the heavy rain and strong winds. 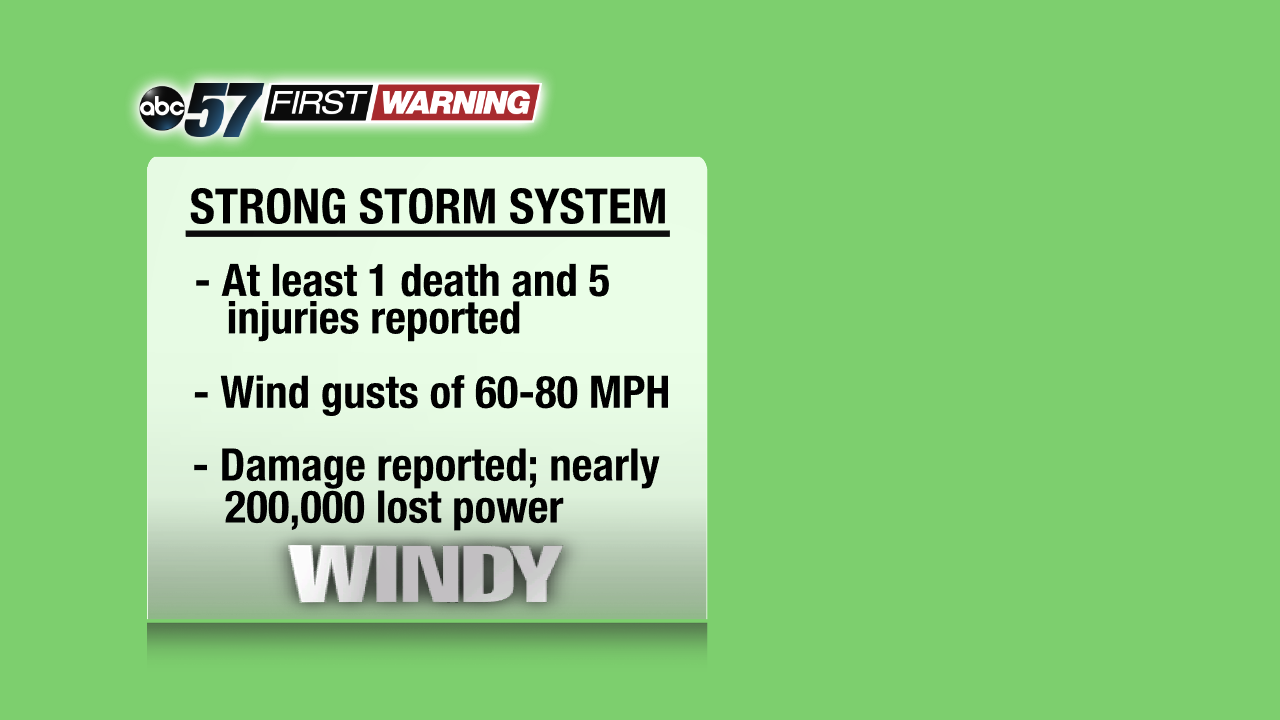 Now that same storm is making its way toward the Great Lakes region. It will arrive Wednesday morning, kicking up the wind gusts and bringing a swath of steady rainfall to Michiana. While the wind gusts locally won't get quite as high as they did in Washington, a few gusts to 30 MPH cannot be ruled out.

A second strong storm system will move onshore in Washington this evening and tonight, bringing another round of strong winds and heavy rainfall to the same areas already hammered on Monday.

And, once again, that system will traverse the northern tier of the United States and bring another round of steady to potentially heavy rainfall Friday into Saturday. The difference with this system is that it will maintain its strength while heading toward the Great Lakes. That means there will be much more in the way of wind energy associated with it. For that reason, wind gusts Friday into Saturday could reach 40-50 MPH in spots.

This pattern is considered typical for this time of year. While the 60-80 MPH wind gusts are not an every day type of occurrence in Washington, strong areas of low pressure do oftentimes affect the Pacific Northwest and move across the U.S. As they move over land, their intensity typically dwindles, which means the winds are less for the Great Lakes and Midwest. However, on occasion, these storm systems can maintain themselves and draw in energy from the Gulf of Mexico before affecting Michiana. As a result, we will sometimes see strong winds and heavy rain with these Pacific Northwest storm systems!