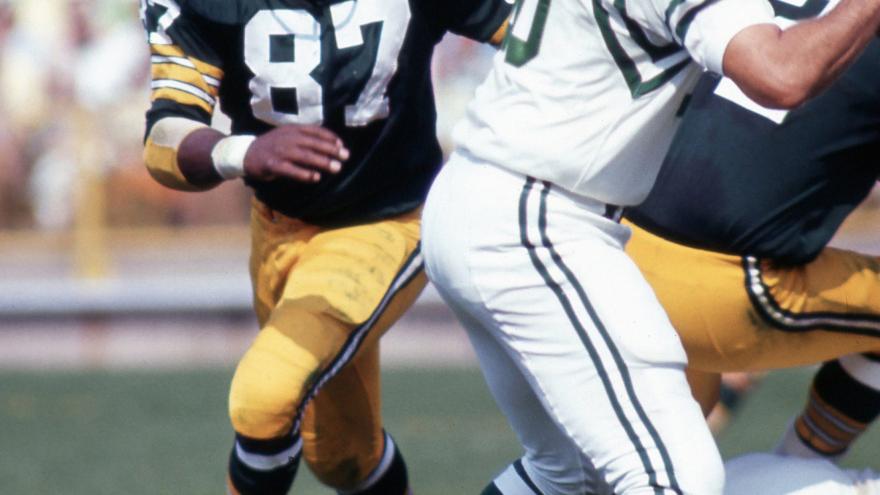 (CNN) -- NFL Hall of Famer Willie Davis died on Wednesday at age 85, according to the Green Bay Packers.

The pro football player "passed away peacefully" after spending about a month in the hospital with kidney failure, the Packers said.

In his 138 games with the Packers, Davis never missed a single one.

His accolades as a player are numerous. A defensive end, Davis was a 5-time Pro Bowl choice and 5-time Associated Press All-Pro. He also led the Packers to two Super Bowl wins, in 1966 and 1967.

"The Green Bay Packers Family was saddened today to learn about the passing of Willie Davis," said Packers President/CEO Mark Murphy in a statement. "One of the great defensive players of his era, Willie was a significant contributor to the Packers' five NFL championship teams during the 1960s."

In a statement issued through the Packers, Davis' family said he was "much more" than a renown football player.

The family said funeral services for Davis "will be private, but a future, public celebration of his incredible life is planned."