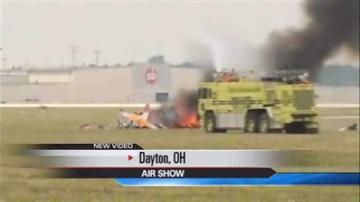 DAYTON, Ohio — A pilot and a wing walker died in a plane crash in front of spectators at an air show in Dayton.

The NTSB is now investigating the fiery crash that killed wing walker Jane Wicker and her pilot.

"It is kind of surreal," said witness Sean Cliver. "You can't believe something like that actually happening in front of you. You are kind of in a state of shock."

The air show was canceled after the incident Saturday. It picked back up on Sunday.