SOUTH BEND, Ind. -- This winter has been one of the mildest ones in recorded history for all of Michiana. Arctic air has not been able to establish itself for long periods of time courtesy of the patterns we've seen at both the national and global level.

That's why we've failed to string together long stretches of truly frigid air.

The coldest temperature recorded in South Bend this winter is 3°. That occurred on Valentine's Day. In fact, single digit temperatures have only been seen 6 times all winter long! 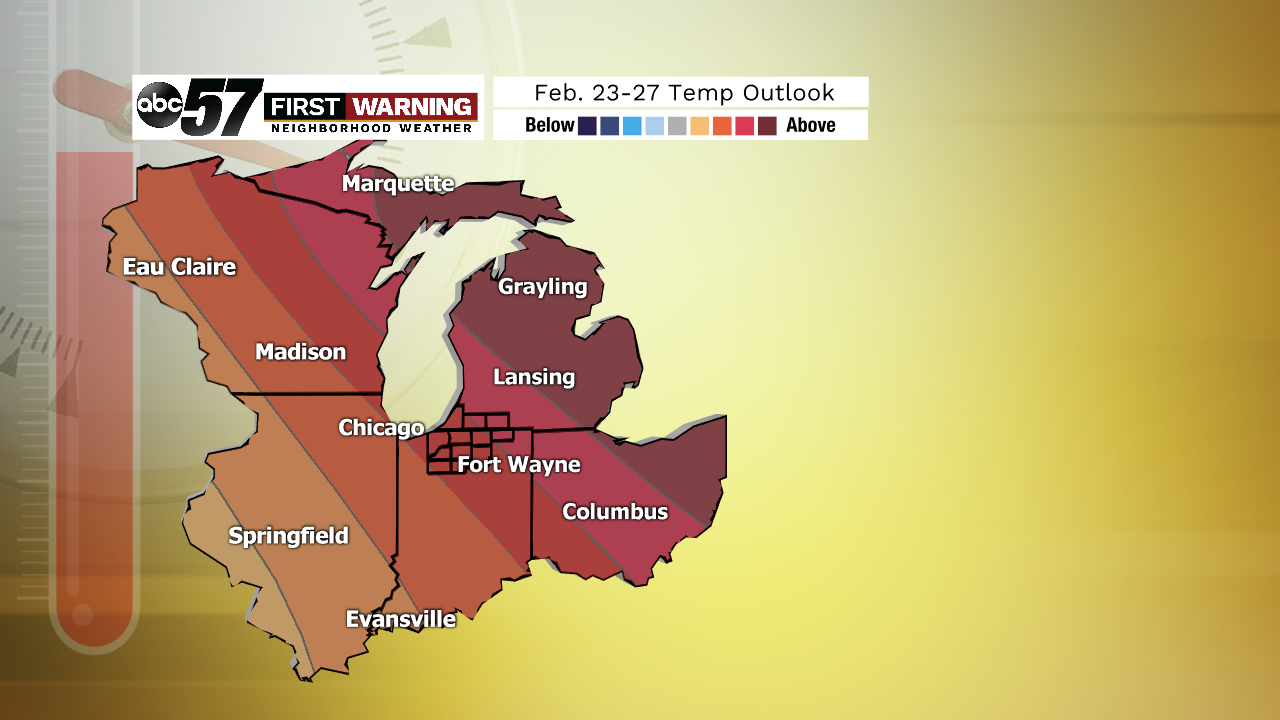 Temperature outlook for February 23-27. Climate Prediction Center
Moreover, the thermometer has not read a temperature below 0° since January 31st of 2019. That is highly unusual.

In a typical year, South Bend sees its temperature fall below zero at least 5 times.

And now that we're heading into late February and March, it'll be very difficult to get an air mass cold enough to support subzero temperatures in Indiana and Michigan. 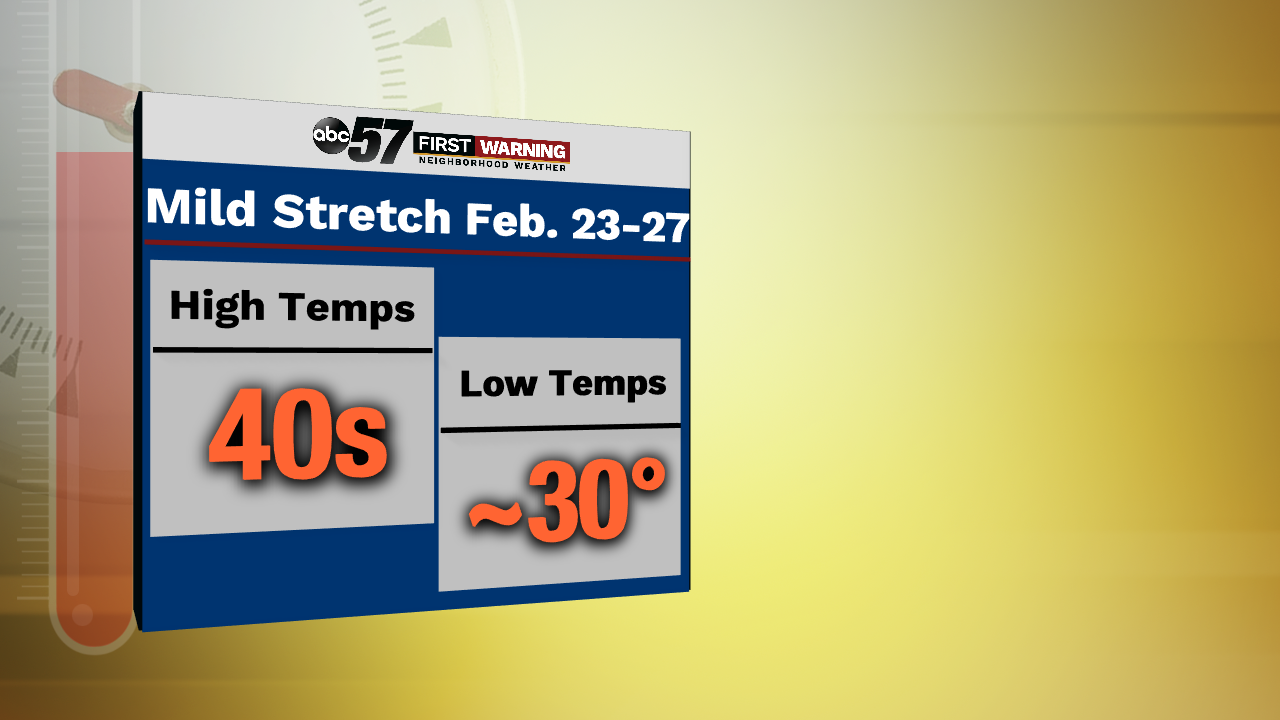 The temperature outlook thru February 27th places all of Michiana in the "good chance of above normal temperatures" zone.

It won't be a record-breaking stretch by any means, but high temperatures between February 22nd and 27th are likely to be in the 40s with lows not much below freezing.

For late February, that is well above where we should be. 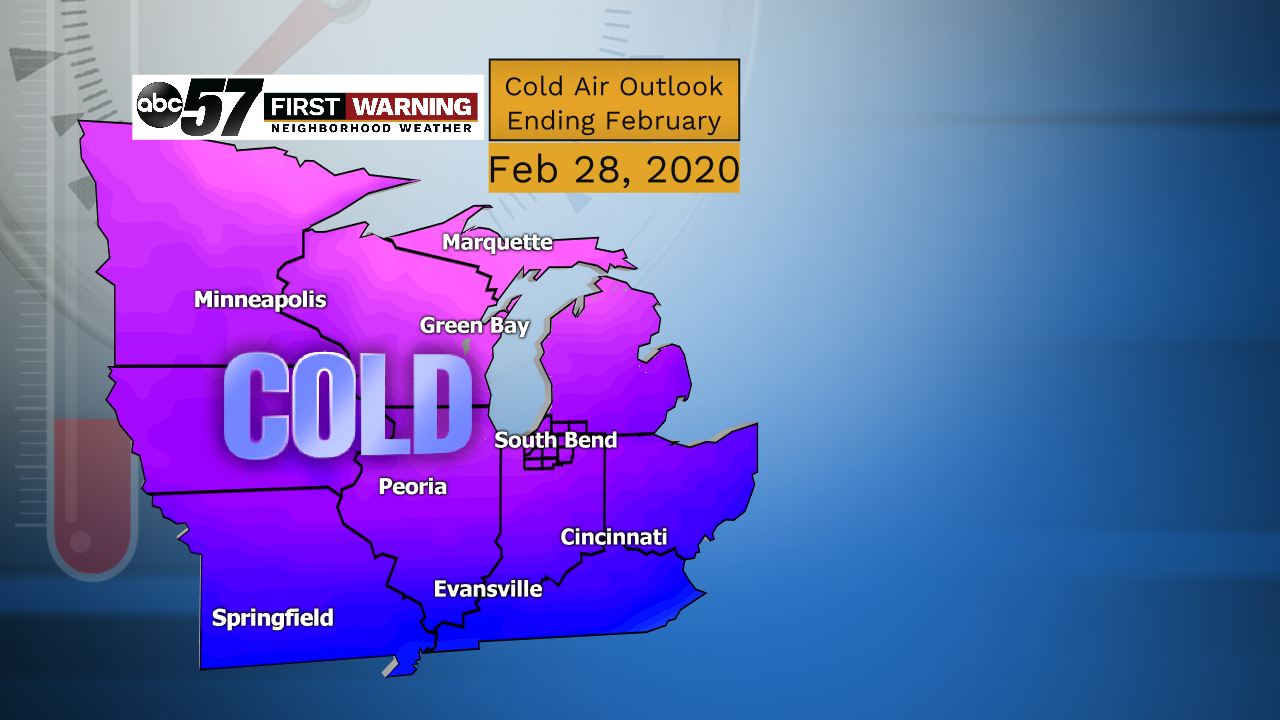 Big pattern shift by February 28th into March.
But winter has not had its last gasp. All things point towards a colder-than-usual stretch beginning on February 28th and lasting well into March.

Does that mean we will see temps plummet into the single digits or below zero? Certainly not. What it does mean is highs ranging from the upper 20s to middle 30s.

For early March that is considered cold. And while it's too early to determine whether or not wintry precipitation will accompany the extended cold stretch, it's certainly not out of the realm of possibilities.