Winter takes a significant toll on thousands in Michiana

NOW: Winter takes a significant toll on thousands in Michiana 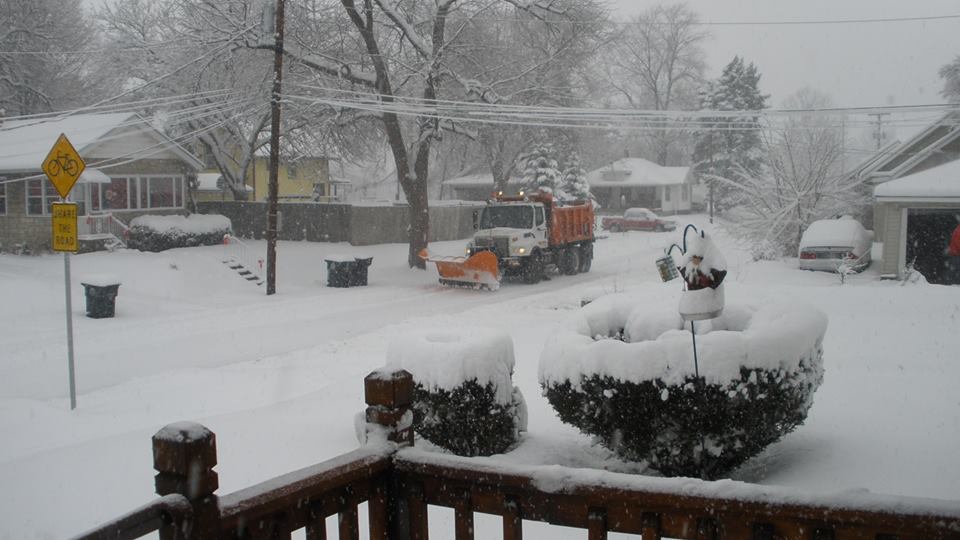 We're all aware that the winter months can make it difficult to want to get out and about. It goes beyond just that, though. The snow and cold can take a psychological and physical toll on us. And, in some instances, that toll can be quite significant.

"When the sun doesn’t come out for many, many weeks or a few months, it really really does affect a lot of people," says Marcia Wiinamaki, a clinical psychologist with Lakeland Health.

Those affects can range from minor aches and pains to some pretty significant problems. And, it's not just the psychological side of the health spectrum, either.

"We’ll see a flurry of illnesses this season caused by the weather," says Don Wolfram, a family practitioner with Lakeland Health. The wicked weather that Mother Nature throws at Michiana during the winter months can lead to, or further worsen, social, psychological and physical issues. Some of the physical issues that arise or worsen during the cold season include asthma, emphysema and heart disease.

The elderly, very young and those who struggle in cold, dry weather are most impacted by our Michiana winters. However, even the healthiest of people can see complications arise.

And, it's the cold, dry weather that can have direct health implications. However, contrary to what many think, the cold itself doesn't make us sick. The cold, low humidity air simply supports viruses, which flourish in the weather Michiana sees between November and April. Of course, the most common of the viruses is influenza.

“Flu is a huge killer. It’s compounded by pneumonia. Most commonly when those get together, it can cause death and a lot of illness. A lot of people end up in the hospital," Wolfram told ABC 57 News.

CDC
Thru mid-November, we haven't really seen flu activity spike in Michiana. That is perfectly normal. It's simply because the ideal weather conditions haven't been in place long enough for virus activity to flourish. It is important to note that thru mid-November, flu activity is higher than it was at this point dating back to 2014. The significant increase in flu activity that we are accustomed to seeing isn't far off, according to Dr. Wolfram.

"In my experience, the peak was about February into March. We saw a huge spike of people coming in sick. Not just the flu, but the common cold, pneumonia, bronchitis, things like that," he says.

It's not just physical illnesses and sicknesses that spike. Wiinamaki told ABC 57's Tyler Sebree that Michiana's gloomy winter weather can play an integral role in the psychological well-being of even the healthiest of people, saying, "It can be very bad. Particularly for somebody that’s always been very functional and very usually normally optimistic and upbeat."

Wiinamaki says she notices a significant influx of people seeking help around the time change in the fall, and throughout the cold months. She says many come in with a new problem, while others complain of an already-existing problem that is getting worse. (Link: seasonal affective disorder).

“If they already have a struggle with depression or bipolar disorder, then that’s going to easily worsen when we don’t have sun on a consistent basis,” Wiinamaki says. The key word in that quote is sun. The amount of light, whether it be natural or artificial, that we see plays a substantial role in our well-being.

Wiinamaki says that getting outside during the winter, especially in the late morning and early afternoon hours, can significantly help people. Exercising, eating healthy food, spending time with friends and family, and spending time in well-lit environments are also helpful in the wintertime.

As we all know, getting sunlight is not exactly an easy task in Michiana. In fact, northern Indiana and southwestern Michigan is a unique area being in the shadow of Lake Michigan. We see some of the cloudiest weather in the United States from December to March. During that four-month stretch, over 60% of days in Michiana are either mostly cloudy or entirely overcast. Wiinamaki says that alone causes more people here to experience psychological problems during the winter than in cities as close as Detroit, Fort Wayne, Indianapolis, and Chicago!