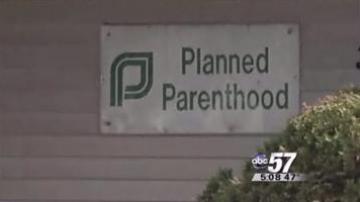 GRAND CHUTE, Wis. -- Police have arrested the person they believe is behind a Planned Parenthood clinic bombing.

Investigators in Wisconsin say they arrested the man Monday evening on a probation warrant. Witnesses say they saw his car leaving the clinic shortly after it caught fire.

He allegedly used a homemade bomb out of a bottle containing a chemical was placed on a window Sunday. He was caught on clinic security video.