Witness finds woman asleep at the wheel, claims “she can’t afford another DUI” 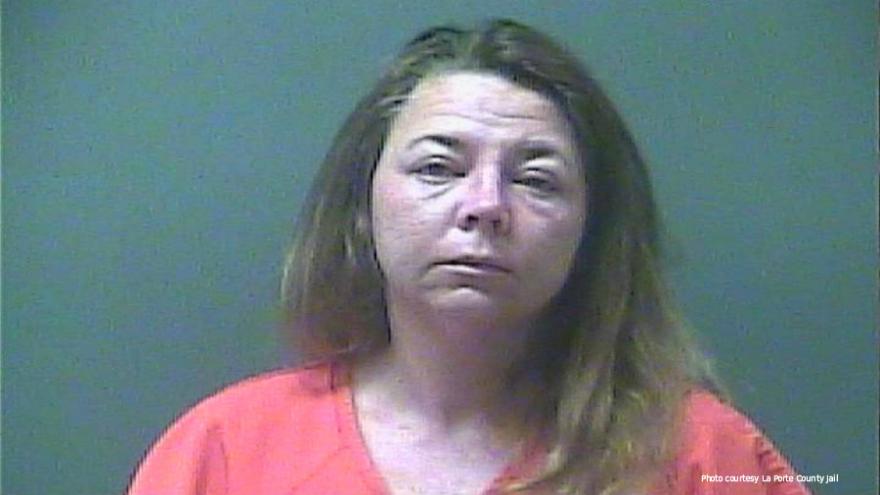 LA PORTE COUNTY, Ind. – A 40-year-old woman was arrested for drinking and driving after she was allegedly asleep at the wheel of her vehicle while it was in reverse Friday afternoon.

According to the La Porte County Sheriff’s Office, witnesses told deputies the driver, Raven Long, appeared to be sleeping while behind the wheel of her vehicle in the 2200 block of Porte County Line Road.

Long told the witness that “she could not afford to get another DUI,” and that she would be fine.

She already had her Dodge Caravan in reverse when she tried to drive off, nearly hitting a bystander. The witness called deputies after the incident around 12:30 p.m.

Long’s vehicle was spotted by a patrol a short time later on County Road 400 North where she was stopped.

The deputy who stopped Long, said he detected a “very strong odor of alcohol on Raven Long’s breath” and could see a can of Four Loko in the vehicle.

Long admitted to being a habitual traffic violator however, she allegedly refused a breath test and a warrant was obtained to test her blood for alcohol content.

Officials report her BAC was at .32 percent, nearly four times the legal limit.

Long was booked in the La Porte County Jail on four counts of operating while intoxicated and one count of operating a motor vehicle as a habitual traffic violator.

She was released after posting bond Saturday.