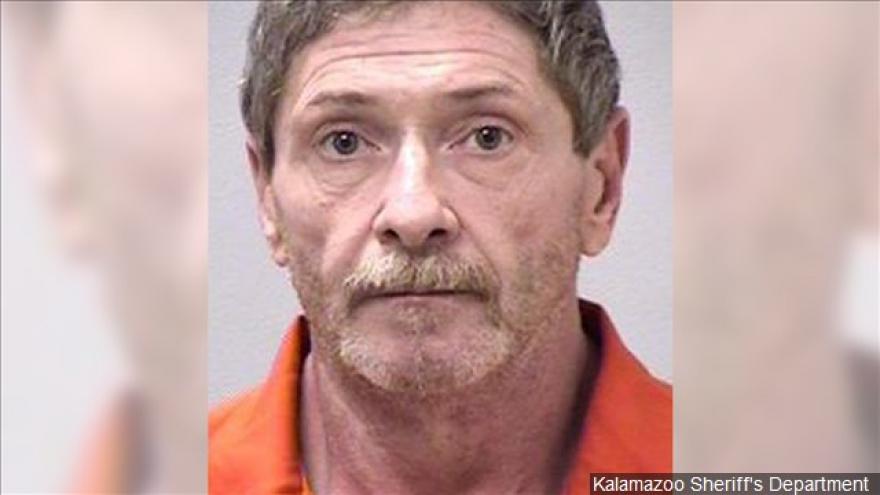 By Bob Brenzing and Lauren Edwards

KALAMAZOO, Mich. (WXMI) -- When the prosecutor asked Pam Barletta how she knew Charles Pickett Jr., she didn’t answer. She proceeded to talk about the day of the crash and how they’d gone to his cousin’s funeral in Battle Creek. However when they returned to the motel she was staying at in Kalamazoo, they got in an argument.

“Charlie was upset at that point in time,” Barletta testified. “He thought that he was going to go home with me and that just wasn't possible.”

She said “Charlie,” as she called him, had been upset for most of the day. He lost his closest cousin and was depressed about it.

“He had a hand full of pills in his hand,” she said about what came next. “[He] chucked them in his mouth and just said ‘I ought to be dead. I should just be dead.”

She told him it was not smart for him to drive. But he sped off anyway. Since then, Pickett has been charged in the crash that killed five cyclists and injured four others. They were called The Chain Gang and were out riding on Westnedge Avenue in Cooper Township on Tuesday June 7, 2016 when police said a blue pickup truck struck them from behind. Thursday, detectives and witnesses testified about what they saw that day.

“He didn't recall the crash,” said Detective Richard Mattison with the Kalamazoo County Sheriff’s Office. “However he'd been advised by medical staff and Deputy Skinner that he had been involved in an accident and his belief was that one person had been killed.”

Det. Mattison told him that it was five people killed. He interviewed Pickett for 40 minutes while he was being treated at Borgess Hospital. He said Pickett told him that he’d been taking methamphetamine for two years for his nerves. The day of the crash, officers found meth and painkillers in his truck. Craig Butler talked about that truck during his testimony. He remembered it from the day he was picking his daughter up from Pinecrest Day School.

“I was suddenly tailgated,” said Butler about driving on Nichols Road that day. “[He was] close that I could see the front of his pickup truck.”

Keith Wiley also remembered seeing that truck when he was at the intersection of Douglas Avenue and Mosel Avenue. The driver was so close, Wiley said he could see the leaves in the grill of his vehicle and thought at one point he was going to be rear-ended by him.

"I noticed in my rear-view mirror that he was driving erratically,” said Wiley. “When I got home to my house I wasn't there but a few minutes and I heard a bunch of sirens. So I kind of put 2-and-2 together thinking ‘boy I hope it’s not that vehicle I'd seen.'”

The prosecution played a few 9-1-1 calls made that day, minutes before the crash. One caller told the dispatcher that he saw pickup truck driving “crazy” on Arboretum Parkway. Another caller said that a vehicle drove through his front yard. The last caller, a mother, said she saw him jump out of the lane on Drake Road, near Kalamazoo Central High School, and take out a sign.

Schultz later found him in the school’s parking lot, she said, and was able to get close enough to get his license plate number. But when he saw her, he sped off. She called police to report him. Minutes later they called her back and took her to the scene of the crash. There she identified him and the truck he was driving.

The prosecution stated Thursday afternoon that they have no further witnesses to call. The defense said Pickett will not testify in the trial. Closing arguments are scheduled for Tuesday May 1.