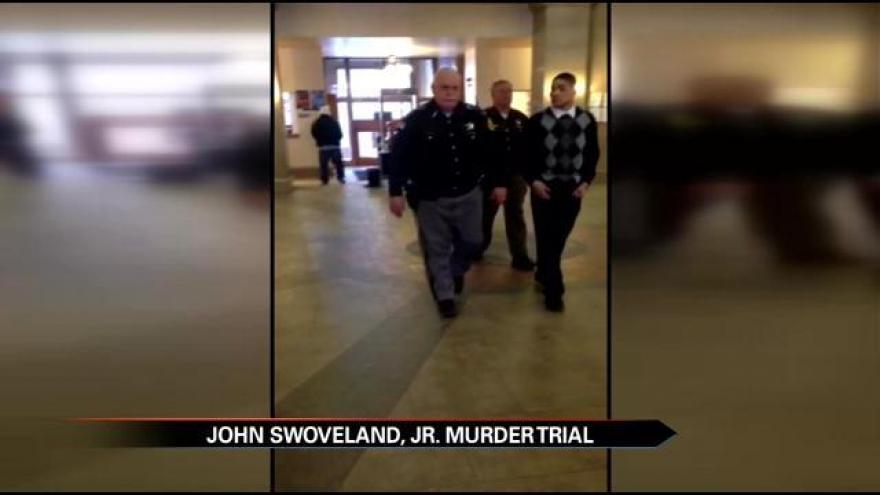 In the murder trial of Robert Griffin, who is accused of firing the bullet that killed 2-year-old John Swoveland Jr in April 2014, the prosecution played video of the police interrogation of the defendant.

During the interrogation, Griffin told police several times he did not fire a gun while at Coquillard Park on April 9, 2014.

The prosecution says he fired a gun several times and one of the bullets struck and killed Swoveland, who was outside playing in his aunt's yard.

During the interview, Police told Griffin they knew he shot the gun and they wanted an explanation as to why.

But griffin said again and again "I didn't shoot.”

They asked Griffin who shot the gun, but he said he didn't know because the shooter was behind him.

Griffin said he stopped and started to pray when he heard the shots ring out.

In court, an acquaintance of Griffin's who is incarcerated testified.

Quentin Ferguson testified he spoke to Griffin on the phone days after the shooting.

He testified Griffin said, “I think I might have shot that baby on accident.”

He also said Griffin said, “I feel bad if it was me. I wasn't shooting to hurt anybody.”

Ferguson also testified Griffin said he was only shooting Larry Bobbitt Jr because he didn't want to look like a coward, not because he wanted to hurt anyone.

We also heard conflicting reports on between two codefendants in this trial on exactly who the shooters were.

Joshua Hodge testified he couldn't identify any of the shooters because they had hoodies covering their faces. Hodge was charged with one count of assisting a criminal in this case.

Hodge also said another person charged in the case, Xavier Primm, had a 9 mm gun and he couldn't see who the other two shooters were.

Malcolm Buchanan also testified in the case on Wednesday. He faces one count of assisting a criminal.

Buchanan testified Xavier Primm did not have a gun. He testified he saw Griffin and Hodge shooting that day, but he didn't know whose bullet hit the baby.