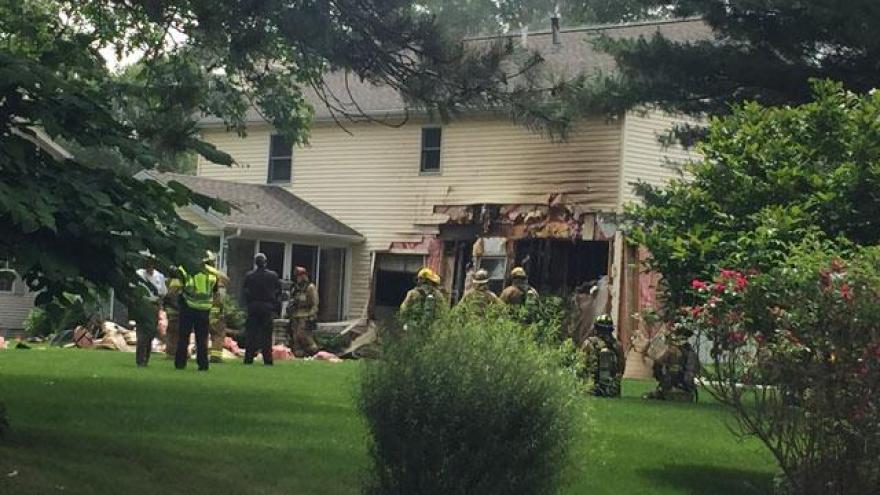 The woman who was accused of blowing up her Jodie Lynn Drive home in what was believed to be a failed suicide attempt pleaded guilty but mentally ill to three of the four charges against her.

Her daughter, the daughter's boyfriend and a St. Joseph County Police officer were injured in the explosion on June 19.

She will be sentenced in January 2016.

According to the probable cause affidavit, Ellenberger started both cars in the garage, turned on all the knobs on the oven and unscrewed a gas supply pipe in the basement in an attempt to commit suicide by carbon monoxide poisoning.

“There is information in the charging document that suggests that this was a suicide attempt on behalf of the defendant,” said Assistant Chief Bill Thompson with St. Joseph County Police said in July.

Officer Reppert was taken to the hospital and treated for smoke and heat exposure.

Michelle's daughter Lauren was treated for head pain caused by the kitchen ceiling collapse and for smoke inhalation.

Lauren's boyfriend was treated for headaches and ringing in his ears.

Michelle was taken to the hospital after the explosion for carbon monoxide poisoning and benzodiazepine overdose, according to the probable cause affidavit.