Woman accused of crashing stolen vehicle while under the influence 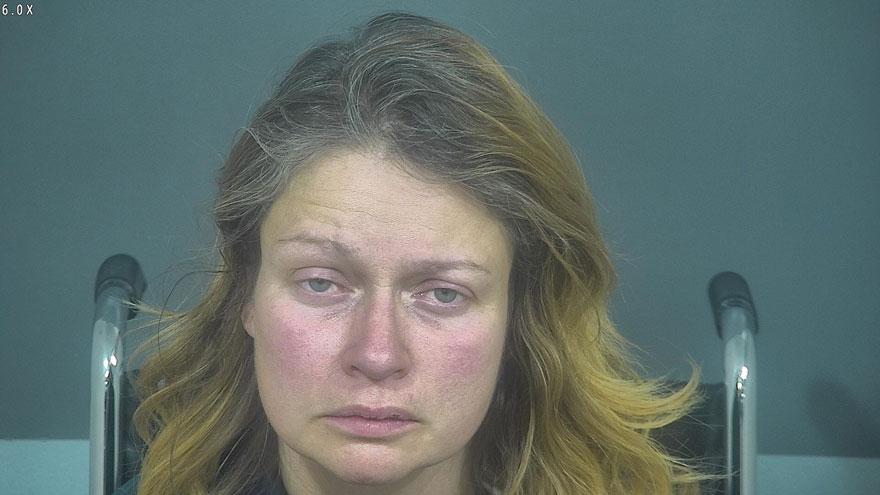 A woman is accused of stealing a van and crashing it while operating under the influence of a controlled substance, according to court records.

On February 23, 2020, St. Joseph County Police were called to a home in the 23000 block of Edison Road to investigate reports of a stolen vehicle.

The victim told police someone had stolen his 2001 Ford Windstar minivan from his driveway. He said he left the keys on the driver's side floor board, reports said.

He said he hadn't driven the vehicle in a while because there was a problem with the power steering.

The victim said he went to the grocery store around 2:30 p.m. and when he returned, the vehicle was gone.

While taking the report from the victim, officers were notified the vehicle had been involved in a crash.

Officers said the van crashed into a car at the corner of Kern Road and Carl Avenue.

The victim said he did not know Diane Sheppard, the person who was driving the van at the time of the crash, according to the probable cause affidavit.

Medical personnel who responded to the scene suspected Sheppard was under the influence of alcohol or other drugs. She allegedly admitted to using methamphetamine and drinking alcohol before driving, according to the probable cause affidavit.

The driver of the other vehicle was taken to the hospital for back pain.

Sheppard has been charged with auto theft and operating a vehicle with a schedule I or II controlled substance in the body.