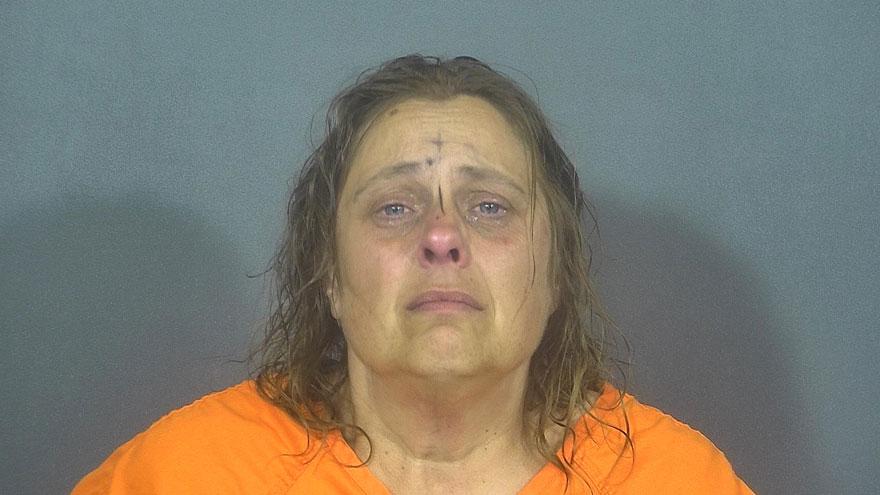 MISHAWAKA, Ind. -- A woman is facing multiple charges for allegedly killing a neighbor's cat, walking into another neighbor's home naked, breaking a third neighbor's window and battery to an officer, according to court records.

Mishawaka Police investigated the alleged incidents that occurred on or near Tabitha Wiley's home in the 700 block of E. 9th Street on May 30 and 31.

The first alleged incident happened on May 30 when Wiley went to her neighbor's home across the street, opened the front door and entered the home. Wiley was nude and exposed herself to the neighbor's 11-year-old child, according to the probable cause affidavit.

When the resident asked Wiley to leave the home, she did, reports said.

The next day, the same neighbor saw Wiley walking around her home with a knife. At one point he saw her walking towards another neighbor's cat.

Wiley then said she was going to hug the officer and put her hands on the officer's shoulders. She was then taken into custody, according to reports.

Another neighbor told police Wiley was on her porch so she asked Wiley to leave. As Wiley left, she broke one of the windows of the home, reports said.

Another officer spoke to the neighbor across the street and he showed the officer where he had seen Wiley with the knife.

The officer went to the area and found a deceased cat with a wound on its stomach and blood coming from its nose, according to the probable cause affidavit.

The officer noted the cat had died recently.

The neighbor from across the street told police Wiley had assaulted his cat on May 24, reports said.

Wiley was taken into custody on the following charges.