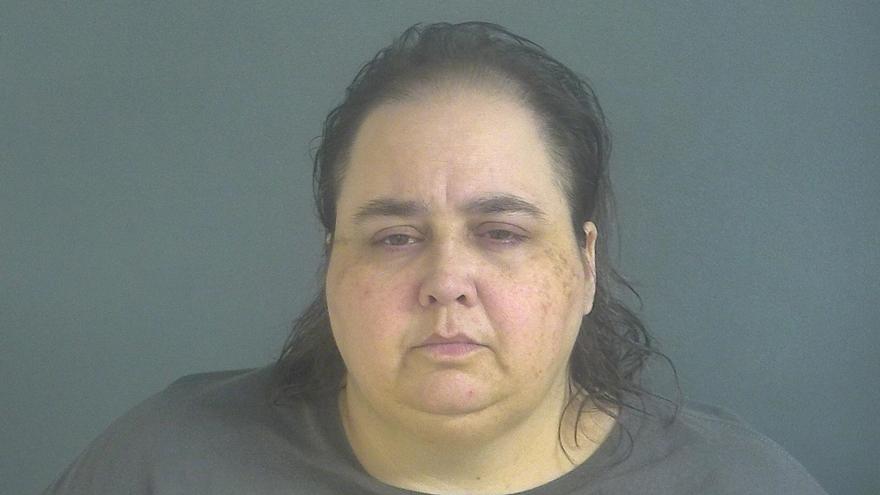 ST. JOSEPH COUNTY, Ind. -- A woman has been charged with intimidation for allegedly pulling a gun on several juveniles in the parking lot of the KFC in Mishawaka because they were near her car, according to court records.

Mishawaka Police were called to the KFC on Bittersweet on October 2 just before 9 p.m. for reports of a woman attempting to run over several juveniles and displaying a weapon.

When police arrived, they spoke to two juvenile victims.

The teens told police they were in the parking lot with their friends when a woman with dark hair pulled up in a black Chevy Impala.

The teens told police they were "messing around" and the woman told them to get away from her car and she began backing up towards them, reports said.

The juveniles got out of her way and went to the front area of the parking lot and the woman drove away, reports said.

After driving away, the woman turned her car around and drove to the part of the parking lot where the juveniles were.

She allegedly displayed a handgun and said "Stop [expletive deleted] with me," according to the probable cause affidavit.

Several of the juveniles left, but two called police to report the incident and gave police the suspect's license plate number, reports said.

Police went to the home of the registered owner, who said his wife had gone to KFC in their son's car, according to the probable cause affidavit.

The suspect, 48-year-old Heather Kranz, spoke with officers on October 10 and admitted to going to the KFC in her son's car, reports said.

She told police she has anxiety and there were juveniles in the parking lot who were getting too close to her car, so she decided to leave, according to the probable cause affidavit.

Kranz said she wasn't familiar with her son's car and accidentally backed up towards the juveniles, reports said.

She told police she went back to the restaurant to get the food she ordered and initially denied displaying a handgun.

Later Kranz said she saw the gun slide out from under the seat and picked it up, but said she didn't point it at the juveniles, reports said.

Kranz said she was having an anxiety attack and made a stupid decision that was blown out of proportion, according to the probable cause affidavit.

Kranz was charged with one count of intimidation. She is scheduled to be arraigned Thursday.