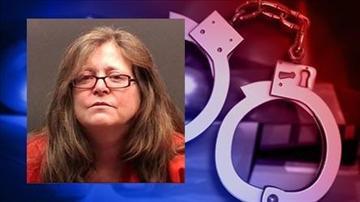 STARKE COUNTY, Ind -- A woman in Knox is accused of shooting and killing her boyfriend while he was sleeping.

Just after 3:30 p.m. Wednesday, Starke County dispatch received a 9-1-1 call from a home on County Road 550 East just outside of Knox.

The caller, suspected to be Kathleen Holt, told dispatchers she had just shot her boyfriend.

When sheriff's deputies arrived they found Holt inside the home and Ron Worker with a gunshot wound to his chest.

Worker was taken to a nearby hospital, but it was too late. He was pronounced dead a short time later.

According to neighbors, Holt and Worker moved into the home less than a year ago.

They said Holt seemed to be lonely.

Neighbors also mentioned gunfire was normal in the area as the couple frequently shot in the rural wooded area around their home.

As for why Worker was killed; police say that's still a mystery.

A background check on the couple turned up just a speeding ticket for Holt in the Hammond area, but other than that, the couple appears to have had no issues with the law.

Charges against Holt are expected to be filed soon.
She is scheduled for an initial appearance before a judge Friday morning.