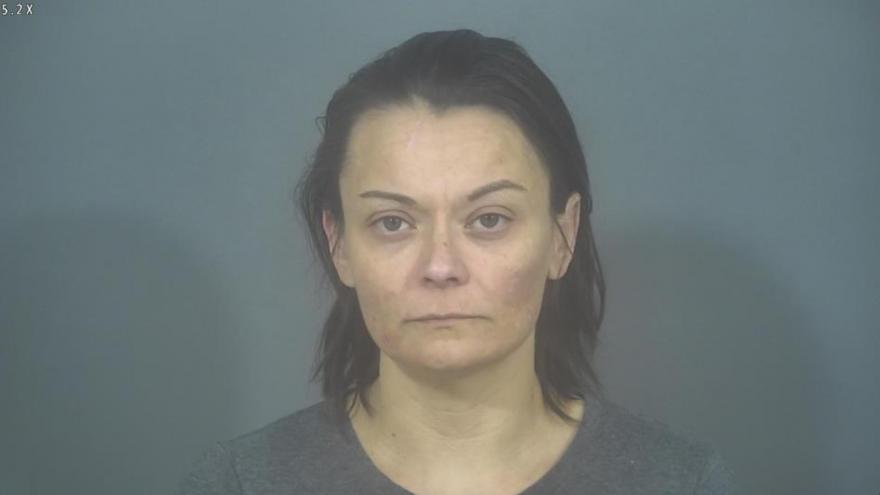 ST. JOSEPH COUNTY, Ind. – A woman was arrested after allegedly stealing a vehicle at a gas station and falsely identifying herself to police, according to the probable cause affidavit.

On Thursday, officers from the South Bend Police Department were called to a gas station for a reported vehicle theft.

When an officer arrived, he met with a man who said the vehicle he was driving, which was owned by someone else, was stolen when he left it running while he was inside the gas station, reports said.

The vehicle’s owner called dispatch and was able to track the vehicle.

Surveillance video of the incident showed a woman get into the vehicle and drive away immediately after the man went into the gas station, according to reports.

A St. Joseph County officer found the vehicle and detained the driver, who matched the description taken from surveillance video, reports said.

That woman, later identified as Chelayna Alexander, allegedly gave an incorrect name to the officer who detained her, according to police.

When Alexander met with the other officer at the St. Joseph County Jail, she allegedly continued to give the same incorrect name and said she couldn’t remember her social security number, according to court documents.

Investigators obtained a wallet from Alexander that gave them her correct identification.

Investigators later determined Alexander had a warrant out of Goshen for a false informing case, reports said.

Her identity was confirmed by a picture from the Goshen case, police said.

Alexander was arrested on the charges of auto theft and false informing.

Alexander will appear back in court on February 17.