Woman allegedly admitted to setting up Facebook friend to be robbed 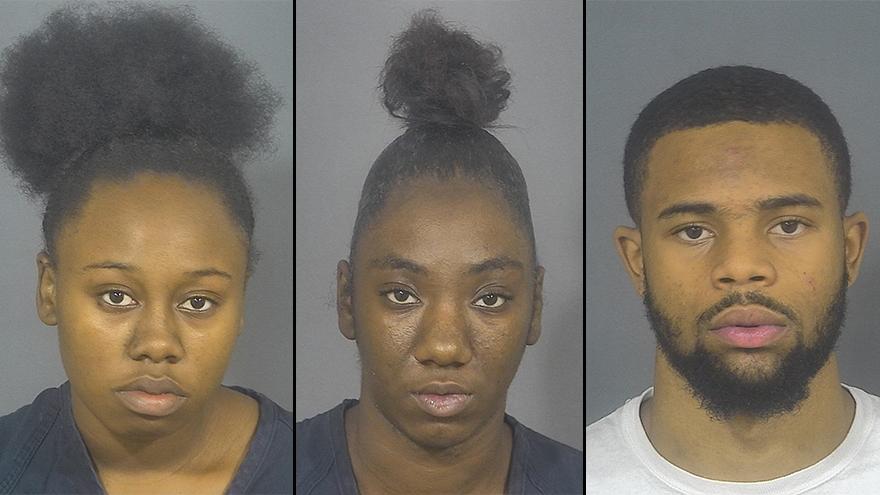 ST. JOSEPH COUNTY, Ind. -- Three people have been charged in an armed robbery and vehicle theft after a woman admitted to setting up a Facebook friend to be robbed, according to court records.

On October 29 at 3:40 a.m., South Bend Police were dispatched to the 500 block of S. Warren Street for reports of a carjacking.

When police arrived to the area, they located the victim on the side of the street.

He said he met someone on Facebook named Jailyn Williams and he picked her up around 2 a.m. Williams wanted the victim to pick up her friend, later identified as Miracle Scott, and they all began riding around in the vehicle, reports said.

Scott told the victim she wanted to go to Warren Street to see a friend.

When they arrived to the 500 block of S. Warren Street, two men approached the vehicle.

The victim said a man later identified as Christopher Solomon pointed a gun at the back of his head and said "Where's the money?" according to the probable cause affidavit.

As Solomon pointed the gun at the victim, the other man grabbed the victim and took his wallet, watch and phone, reports said.

The four suspects, including Williams, Scott and Solomon, drove off in the victim's vehicle, reports said.

Police conducted a traffic stop on the victim's vehicle in the 1600 block of Lincolnway West and located Scott, Solomon and Williams inside, reports said.

Scott admitted to police she had set up the victim to be robbed, reports said.

Solomon is 17-years-old but will be charged as an adult, according to court records.

Solomon, Williams and Scott have each been charged with armed robbery and auto theft.