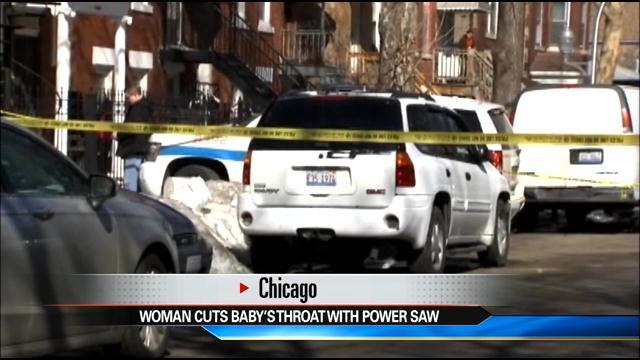 Chicago police are investigating the death of a nine-month-old girl.

Her body was found Monday morning.

Police say her throat was cut by a circular power saw.

They say a 52-year-old woman is in custody for allegedly killing the infant.

It appears she's the child's grandmother and also tried to kill herself.

Reports say the woman cut the baby's throat because she wouldn't stop crying.

"When I came out, I heard a young lady in front of the door," said neighbor Virginia Otero. "She was crying, 'When am I going to see my mom?' or something like that. And I think they told her to go inside because she was still in shock."

Neighbors say a couple lived in the home with their two grown daughters, who each had a young child.

According to that neighbor, the one had just graduated from college and was set to become a teacher.