Woman and child ejected after vehicle goes airborne on I-65 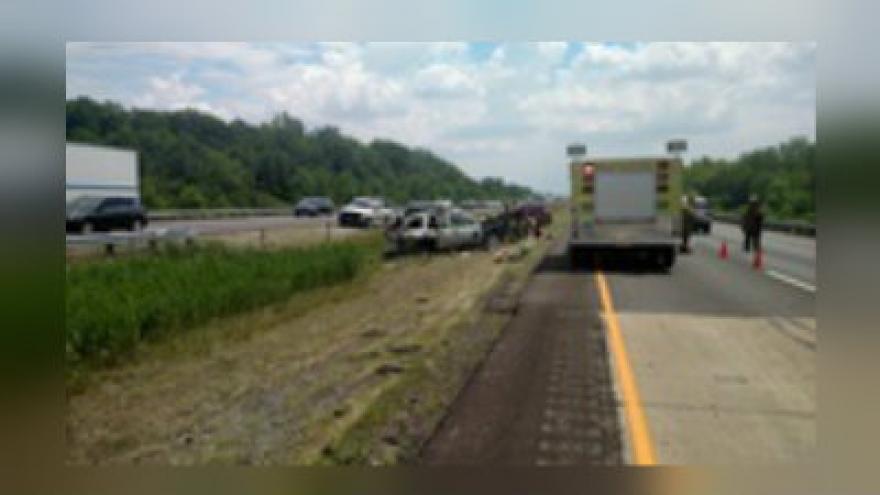 JASPER, Ind. - A single vehicle crash that happened Sunday afternoon on I-65 resulted in a woman and 3-year-old child being ejected from the vehicle.

Officers conducted preliminary investigations and learned 31-year-old Eric Williams of Kokomo was traveling south on I-65 in a 2002 Chevrolet Trailblazer when his rear tire blew.

Williams’ lost control of his SUV and hit the guardrail before going airborne and rolling over.

3-year-old Kayla Williams who was sitting on the lap of 37-year-old Keyida Moore were both ejected from the vehicle through the back passenger window. Neither of them restrained.

Williams, his front seat passenger, and 3 other children in the backseat were taken to St. Elizabeth East Hospital in Lafayette with non-life threatening injuries.

Moore and Kayla sustained serious injuries and were taken to the hospital where Kayla was airlifted in critical condition to an Indianapolis hospital.

None of the children were in child restraint seats and 2 of them were sharing a seatbelt, according to police.

Officers warn everyone to buckle-up every time, for every trip, long or short.