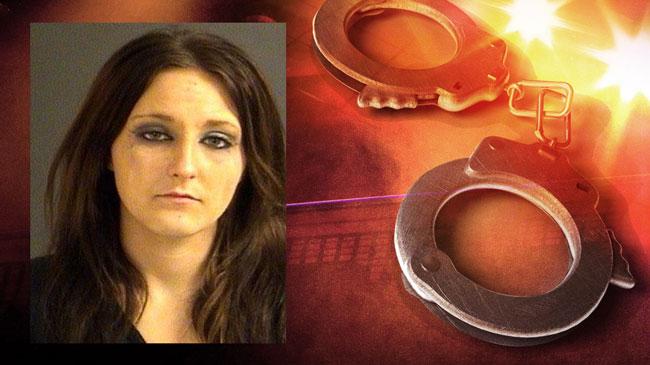 Mishawaka Police arrested a woman who allegedly stole a car, crashed it, then walked away from the scene of the accident.

Police were called to a home on E. Jefferson Boulevard around 8 a.m. Sunday morning.

The victim told police she left her Nissan running while she ran into her home, but when she came outside it was missing.

Around 8:35 a.m., another Mishawaka Police officer was called to Margaret Street, near Doyle, for reports of a vehicle leaving the scene of an accident.

A few streets away, a Nissan was left in the middle of the street.

A witness told police they saw a woman in her 20s wearing a black dress with a brown purse get out of the vehicle and walk away.

Police said the Nissan had damage to the front passenger side.

They also said it appeared the brakes had locked up and traced tire marks from where the Nissan was parked on Village Circle, all the way back to Margaret Street.

On Margaret Street, there were two vehicles with damage to the driver side.

The woman in the black dress was located and a witness identified her as the person who got out of the Nissan on Village Circle.

The woman gave police a false name and was later identified as Ashley Klug, police said.

During the investigation, police determined the Nissan involved in the accident was owned by the woman who reported her car stolen at 8 a.m.

Klug has been charged with auto theft, leaving the scene of an accident and false informing.