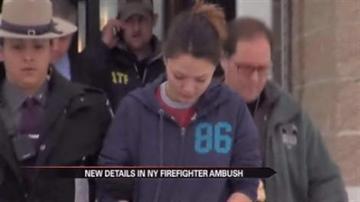 WEBSTER, N.Y. -- An update on the ambush set on New York volunteer firefighters.

Authorities charged a woman for providing a convicted killer with an assault rifle.

The 24-year-old was arrested Friday for allegedly making an illegal purchase of the weapon used by William Spengler.

Police say he set his house on fire in Webster, New York, then shot and killed two firefighters before killing himself.

Authorities accuse the 24-year-old of lying about being the sole owner of the gun.