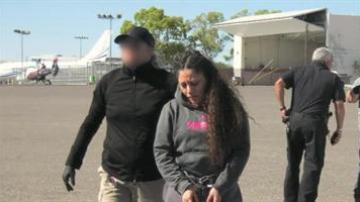 UTAH -- A 28-year-old woman living in Utah has been deported to El Salvador where she will face murder  charges.

The pair were in El Salvador when they were ambushed.

Brown was killed, and his wife was injured in the attack.

Brown was a US Army veteran from Three Oaks.

Police say his wife set up the attack.
Share this article: