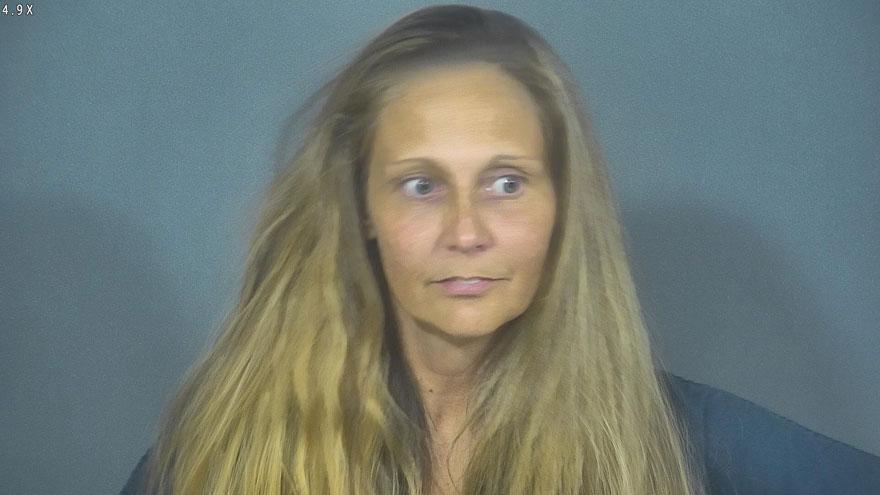 SOUTH BEND, Ind. -- A woman is facing multiple charges after allegedly forcing her way into a home in the 1200 block of E. Jefferson Street and threatening a woman with scissors, according to court records.

South Bend Police were called to the home at approximately 10 p.m. on November 5.

The homeowner told police he had a friend over and was expected more guests when he heard a knock on the door.

He opened the door and saw a woman he didn't know - who was later identified as Carrie Foster, reports said.

Foster pushed her way into the residence, went into the kitchen and picked up a hammer and started shaking it, according to reports.

Foster said she wasn't leaving, then started talking about a bomb and how all the grass was poisoned, according to the probable cause affidavit.

After she put the hammer down, Foster moved towards the entryway and then grabbed a pair of scissors, reports said.

The homeowner and his friend asked Foster to leave several times but she didn't, reports said.

When the victim's guests showed up, they also tried to get Foster to leave, reports said.

Foster then put one of the guests into a headlock while holding the scissors in her other hand, according to the probable cause affidavit.

While this was happening, the homeowner called police.

When police arrived, they witnessed the struggle between Foster and the guest and were able to get the scissors away from Foster, reports said.

The homeowner and the guests told police they did not know Foster.

While detaining Foster she said things such as "I would not hurt any soldiers," and "I am a US citizen." She also said "Don't have blood on my hands," according to the probable cause affidavit.

Foster has been charged with residential entry, intimidation and criminal confinement.