Woman killed driving wrong-way on I-465 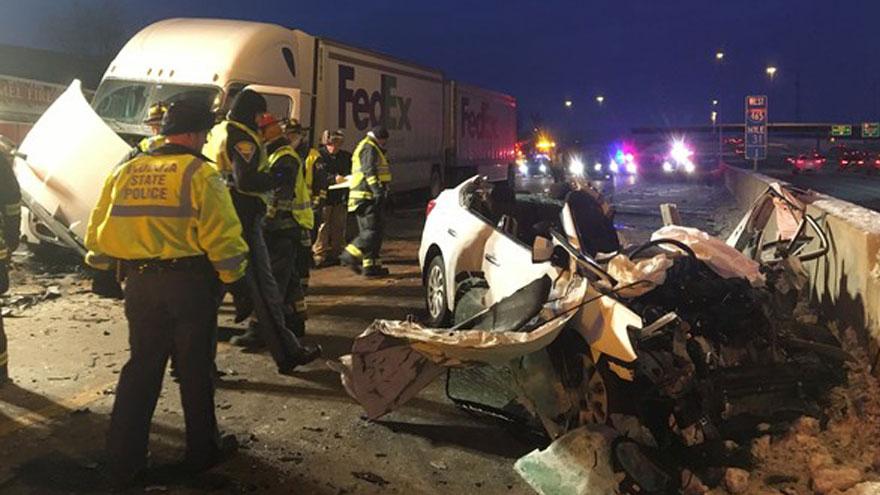 INDIANAPOLIS, Ind. -- An Indianapolis woman was killed on I-465 while she was traveling westbound in the eastbound lanes, according to the Indiana State Police.

Police say Milca B. Alvarado Polanco, 24, was driving a white Nissan Sentra westbound in the eastbound lanes and struck a FedEx semi head on.

The driver of the semi received minor injuries in the crash.