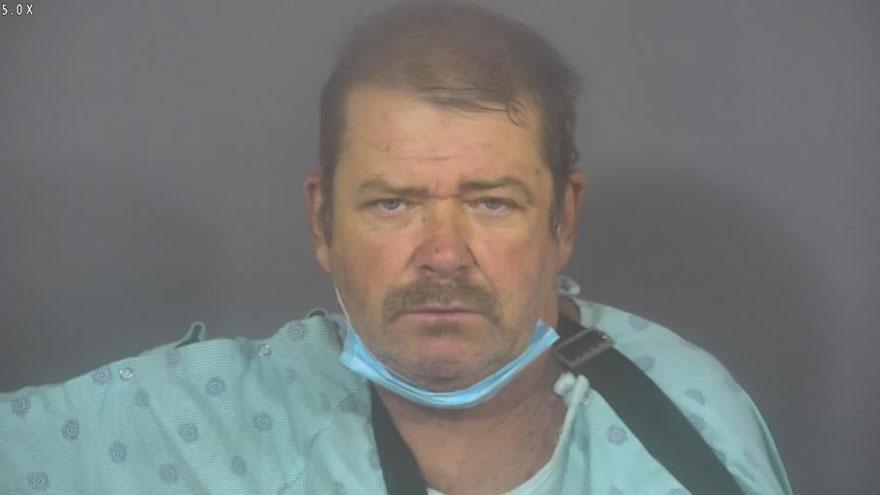 ST. JOSEPH COUNTY, Ind. -- A man who pointed a gun at a woman after asking her for money, fled after she pulled out a gun of her own, according to court records. He is now facing one count of intimidation.

On April 25, South Bend Police responded to 27th Street and Mishawaka Avenue for reports of a man pointing a handgun at a woman.

The victim told police a man, later identified as Garland Adams, walked up to her and asked for money. When she didn’t give him money, he pulled out a gun and pointed it at her face, according to the probable cause affidavit.

The woman then backed up and pulled out a pink handgun of her own, reports said.

The man then fled on his bike.

Two people at a gas station nearby witnessed the incident.

Officers searched for the suspect and located Adams at 36th Street and Mishawaka. Police said he had a black gun in his right hand, reports said.

When police knocked the gun to the ground, it broke into three pieces, police said.

The gun was a BB gun with the orange tip removed to make it look like a real gun, reports said.

Adams was taken to the gas station where the witnesses identified Garland as the man who pointed the gun at the victim, according to the probable cause affidavit.

Officers also obtained footage from the gas station that showed the incident.

The video showed Garland approach the victim as she backed away. Garland advanced towards the victim, pointing the gun at her, as she continued to try to back away, reports said.

The victim ran out of view and took up a firing position with her pistol behind some trash cans, the video showed.

The suspect pointed his weapon in her direction before getting on his bike and fleeing the area.

Adams was taken into custody on one count of intimidation. He was charged on April 27.

The victim was also arrested for carrying a handgun without a license, but was released with no charges filed.