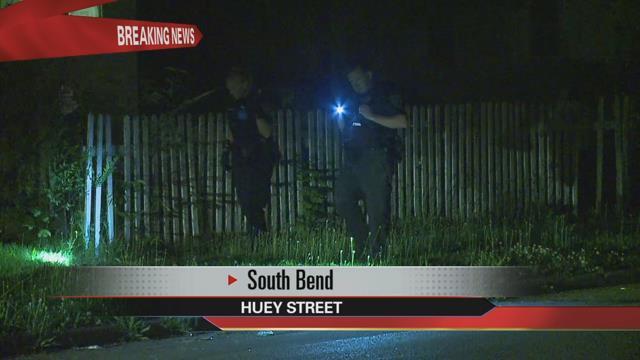 The victim was sitting in a vehicle parked in the yard of a home in the 1100 block of N. Huey Street around 2:15 a.m. Wednesday when the shooting happened.

The woman told police two vehicles in the area were following each other closely. Moments later, she heard gunshots and she was shot in the right leg near her knee.

The man in the car with the victim dragged her into the home and called police.

One Huey Street resident says violence is an unfortunate part of the neighborhood.

"There are a lot of shootings in the area," said neighbor Don Bigelow. "It's ridiculous. About a year ago there were two different shootings on this street alone. It's pretty much pretty regular I guess."

The victim said she thought she was just caught in the crossfire and was not the intended target, but police say they are still investigating.